Mattias Ekström is living a dream. In 2015, he would like to use what may be a unique opportunity to win the DTM with Audi and the FIA World Rallycross Championship (World RX) with his privateer Team EKS at the same time.

“Everybody should and may have dreams,” says the 36-year-old Swede whose motto

‘Go hard or go home’ has become his personal hallmark. “The DTM clearly has priority for me. But the driving experience in my Audi S1 with quattro drive perfectly complements the DTM. In rallycross, I’m learning to go for maximum attack. In the DTM, you’ve got to drive with be a little more foresight because the races are longer – but I’m sure that the experience from rallycross will help me in qualifying in the DTM.”

In 2015, qualifying will be even more important and critical than in the past. “You only have 20 minutes in which 24 cars will be out on track. There’ll be traffic jam news on the radio like those on the traffic message channel for the road …We won’t have a clear track in qualifying very often and need a lot of discipline because we have to be careful not to get in anybody’s way,“ says Ekström.

Like his brand colleagues, the family man and father of two is looking forward to the new DTM format featuring two races per weekend. “This is exactly the right move for the DTM,” the Audi driver is convinced. “The fans and the drivers are getting what they love: more races. Because in 18 races you can afford to make an occasional mistake, everyone is going to attack more and drive less conservatively. It’ll be neck or nothing on Saturday and Sunday. The fans are going to see even more tough duels. And as long as the manufacturers have enough spare parts in the trucks even the race on Saturday will be anything but a walk in the park.”

2015 marks Mattias Ekström’s 15th year in Audi Sport Team Abt Sportsline. Still, the Swede is ‘more fired up about the DTM than ever before.’ “I’m always particularly excited when there are a lot of innovations like this year. And I’m looking forward to the large number of races. The races are what I love most in the DTM.”

For his Red Bull Audi RS 5 DTM, Ekström has selected ‘5,’ the number of the car in which he clinched his first DTM title in 2004. “But that’s not the only reason, as I generally like ‘5’ as a number because many things in life have something to do with ‘5.’”

In any case, ‘5’ perfectly fits the ‘RS 5’ – a car that he appreciates in its ‘civilian’ version as much as in the DTM variant. “The RS 5 has unique vehicle dynamics,” he enthuses about the car.

Due to the frozen technology in the DTM no major steps were possible in winter. “But even the minor modifications we made to the set-up have a major influence,” says Ekström. “Our aim is to be in optimal condition on each race weekend.”

The lap times in the pre-season tests do not mean a lot to him. “The gaps were small but nobody knows who had how many potato sacks in the car. That’s why I always particuarly look forward to the first qualifying session at Hockenheim on Saturday when everybody will finally be driving without potato sacks. That also makes it so exciting for the fans to watch the action at Hockenheim.”

As always, the Swede will be traveling to the venue in his Audi Q7. “The Q7 is a perfect family car that my children love as well,” says the Swede, who has moved his main residence to Going in Austria where he can strike a good balance between his roles as a DTM driver, rallycross team boss and family man. 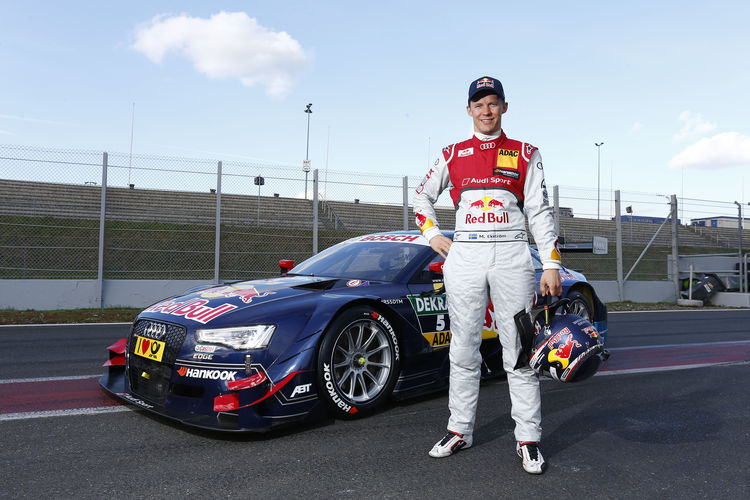