Just six years after it was established, Formula E has evolved from a motorsport startup that was looked at with a mocking smile here and there into an official FIA World Championship with renowned manufacturers. One of its secrets of success: the series combines spectacular racing with sustainability messages. 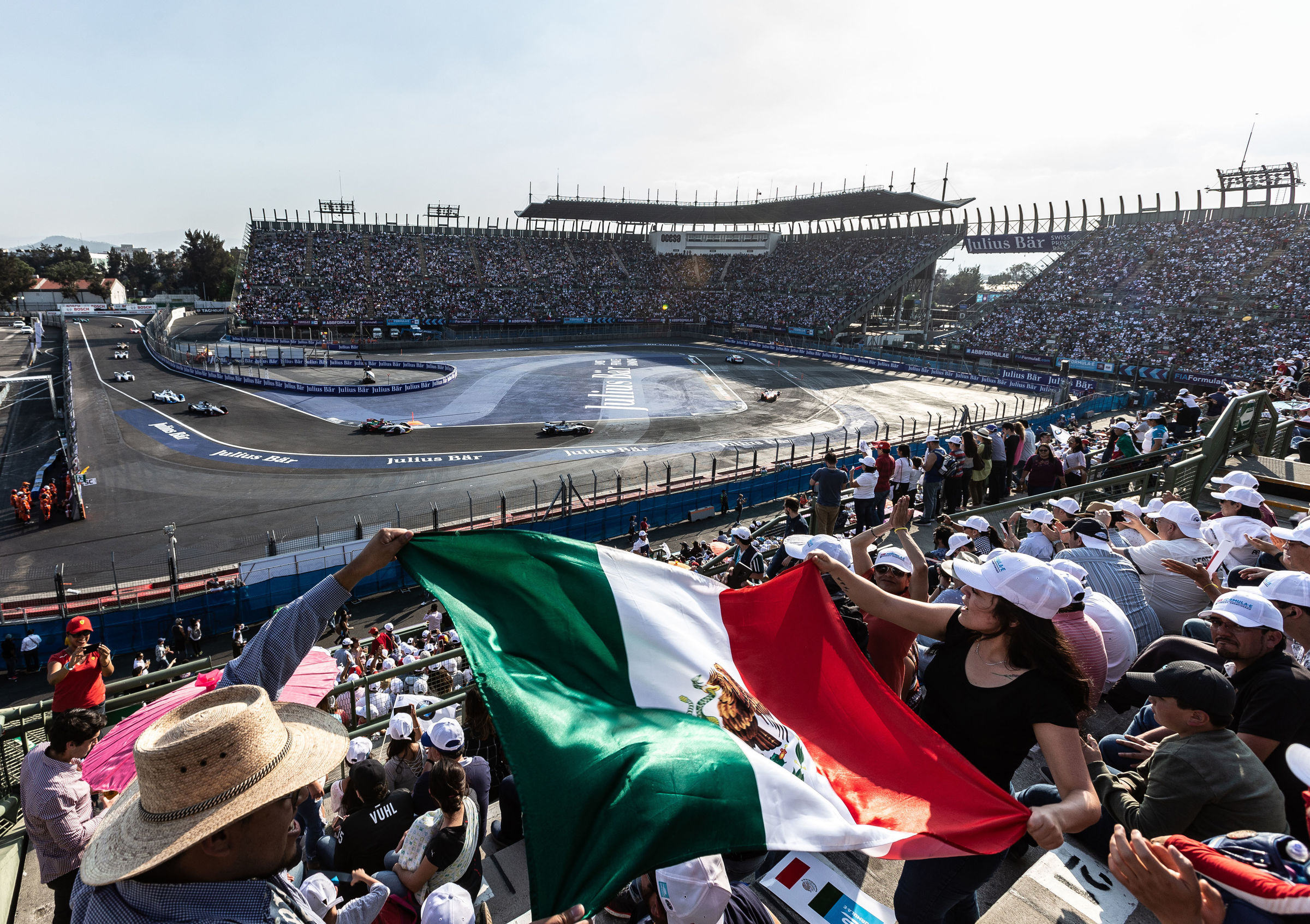 When Formula E unveiled its race car at the International Motor Show (IAA) in Frankfurt in the fall of 2013, founder Alejandro Agag and FIA President Jean Todt met with considerable skepticism: Can an all-electric racing series holding its events downtown while pursuing completely new approaches really work? Will there be any teams, sponsors and drivers whose enthusiasm can be inspired for this new type of motorsport?

Since then, the idea that Agag and Todt had outlined back then on a napkin in an Italian restaurant has turned into a success story: International automobile manufacturers and sponsors have come on board and Formula E has evolved with media and fans into one of the absolute hot spots in the motorsport world and beyond. The number of television viewers, coverage in social media channels and the number of online and offline news articles has been increasing from year to year.

Formula E is pursuing new paths in many areas, starting with the selection of the venues: Instead of on traditional race tracks, which are usually located away from conurbations, Formula E races in the hearts of cities whenever possible. In the past, they included fascinating metropolises such as Paris, Rome, New York City, Hong Kong, London and Buenos Aires. The calendar is complemented by popular race tracks like the one in Mexico City, exceptional venues like the former Tempelhof airport in Berlin and exotic locations like the Sanya tourist resort in China.

Formula E’s appearance during the 2019/2020 season was a good example of flexibility, ingenuity and even courage. While other series kept changing their calendars, Formula E chose to stop its races with a “red flag” at the end of February. In August, the season ended in Berlin with six races held within the space of nine days – accompanied by a meticulously crafted hygiene concept and a positive message that was disseminated across all channels and is still in effect: #PositivelyCharged.

Formula E spectators experience close-up motorsport presented in a contemporary, compact form: They flock to the venues on foot, by bicycle or public transportation and within a few hours get to witness a tightly packed program: Free practice sessions, qualifying and the races are held almost directly back to back. During the few breaks the drivers go to the E-Village, where many attractions focused on electric mobility and forward-thinking technology topics are presented to visitors, for autograph sessions and interviews.

Formula E is generally more adept than anyone else in combining top-caliber racing with sustainability messages: It is the only sports series worldwide that has achieved a net carbon-neutral footprint ever since it was started in 2014. Partnerships with the United Nations, the UN Children’s Fund UNICEF and other organizations provide the battle against climate change to which Formula E has committed itself with additional emphasis. Audi driver Lucas di Grassi supports the activities in his role as an official UN ambassador for clean air on numerous occasions.

Formula E’s sustainability standards also include a reliable strategy for all parties involved: To keep the series attractive and affordable going forward, promoters and the FIA have developed a binding roadmap that clearly defines the guidelines for the coming years. This is to ensure that even as the number of manufacturers involved keeps growing, two things will continue to be in the foreground: the racing and an exclusive focus on developments that are also relevant for transfer into production.

As a result, central elements such as the chassis, battery, tires and brakes will remain specification parts for all teams and manufacturers in the coming years. Only the powertrain consisting of the motor, transmission, parts of the suspension and the related software will continue to be open to proprietary developments in the future. In addition, parameters such as the permitted power output in qualifying and the races, and maximum recuperation will progressively be raised. The roadmap is binding for the coming years and so provides planning certainty for all the teams.