Skip to content
Please participate in our survey and help us improve the Audi MediaCenter. Thank you!
Go to survey
Back
03/17/22
Company 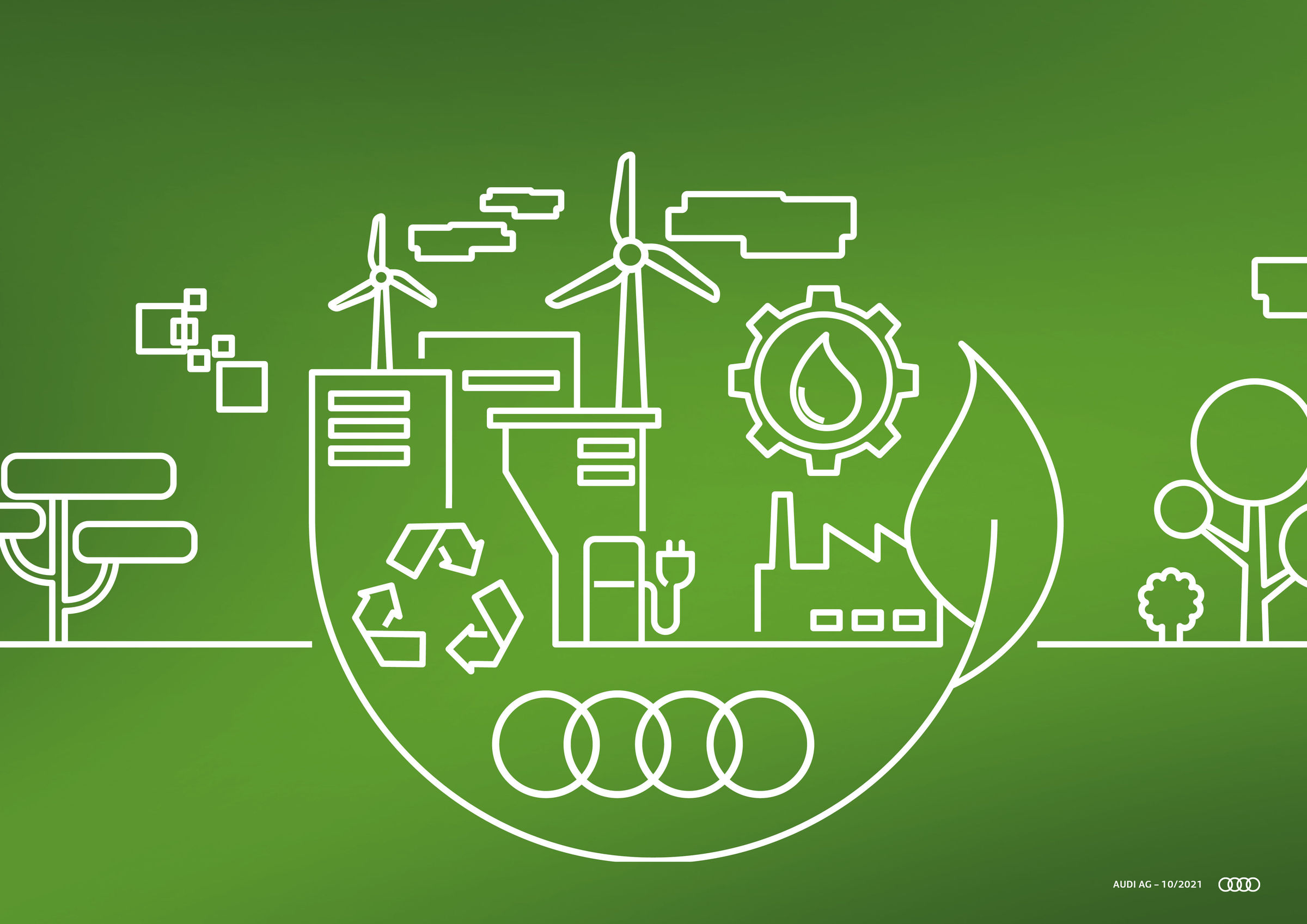 Mission:Zero is the Audi environmental program for consistently sustainable production All activities and measures for reducing our ecological footprint at Audi sites worldwide, in Production, and in Logistics are bundled here. The focus is on Audi’s key challenges of decarbonization, water use, resource efficiency, and biodiversity. One key objective is to achieve carbon-neutral production locations by 2025.

Mission:Zero at the Ingolstadt site:

On the path to a carbon-neutral site: Audi has been producing cars in Ingolstadt using only green electricity since early 2012. In addition, photovoltaic modules have been installed on an area of approximately 23,000 square meters (247,570 sq. ft.). Nearby industrial facilities supply the location with low-carbon waste heat, for example from a neighboring refinery and the municipal waste recycling plant. Thanks to its energy management, the location was also able to save nearly 37,300 megawatt hours of energy and avoid over 1,800 metric tons of carbon emissions in 2021.

Audi is also focusing on consistently reducing emissions outside the plant gates: since 2017, the company has been operating carbon-free rail logistics in Germany with DB Cargo. The “green train” has already been traveling from Ingolstadt to the port of loading in Emden on the North Sea since 2010, making Audi the first company to use trains that run on green power. In addition, two modern plug-in hybrid locomotives are used at the Ingolstadt site for shunting work. The company is also working continuously to increase the proportion of rail traffic and the use of alternative drives for truck shipments.

Living responsibly is a deeply rooted principle in Audi’s strategy. As the largest employer in the Ingolstadt region, the Audi Group wants to improve the quality of life locally and therefore regularly works with the city, local businesses, associations, educational institutions, and social services providers.