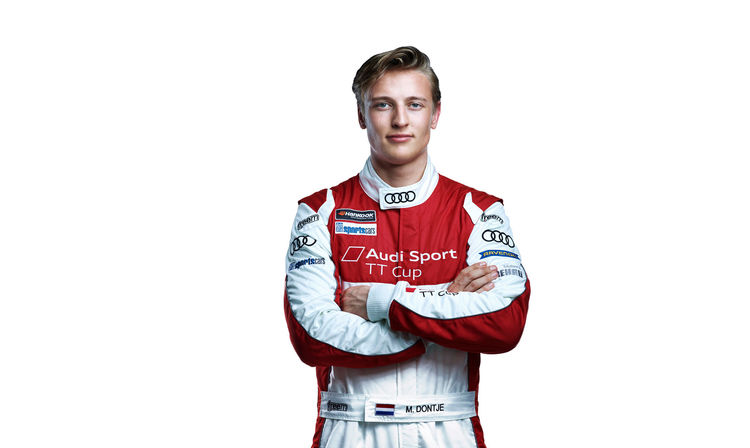 Milan Dontje comes as a versatile character to the Audi Sport TT Cup, which he knows already from some guest starts last year. Away from the racetrack, he quickly attracts the attention of his audience with his open manner. In world of athletic and goal-fixated sportsman, the 22-year-old Dutchman belongs to the few who would name legendary party animal and Formula 1 world champion James Hunt as an idol. In addition to his studies at a business school, Milan Dontje also runs a karting center together with his brother, who is also a racing driver. “There are a lot of kids and youngsters coming to our karting center because they have a new idol in Formula 1 with Max Verstappen,” says the Dutchman. For many years, he has also pursued his racing hobby for a good cause, in support of the “Against Cancer” children’s charity.