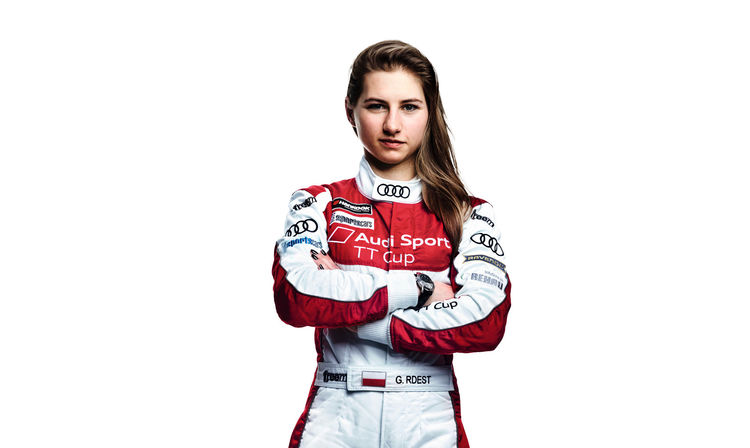 Gosia Rdest is the only female participant to have competed in the Audi Sport TT Cup since the 2015 season. The ambitious racing driver from Poland is highly consistent and was one of only four competitors to score in every race in the first year, whilst in the second she collected points in 13 out of 14 rounds. At the Nürburgring last year, she left behind the great majority of the men to finish on the podium in third. In parallel to the Audi Sport TT Cup, she also contests the ADAC TCR Germany – also in an Audi, also with car number 3.