Mikaela Åhlin-Kottulinsky has fond momories of her personal career highlight. In 2014, the Swede, who is always upbeat, secured victory in the Volkswagen Scirocco R-Cup at the Norisring, making her the first and only woman in history to have won a race in this one-make cup. The Swede was born with her talent, as Åhlin-Kottulinsky comes from a motorsport family. Among others, her grandfather, Freddy Kottulinsky, in 1980 celebrated victory in the VW Iltis in the legendary Paris-Dakar rally. 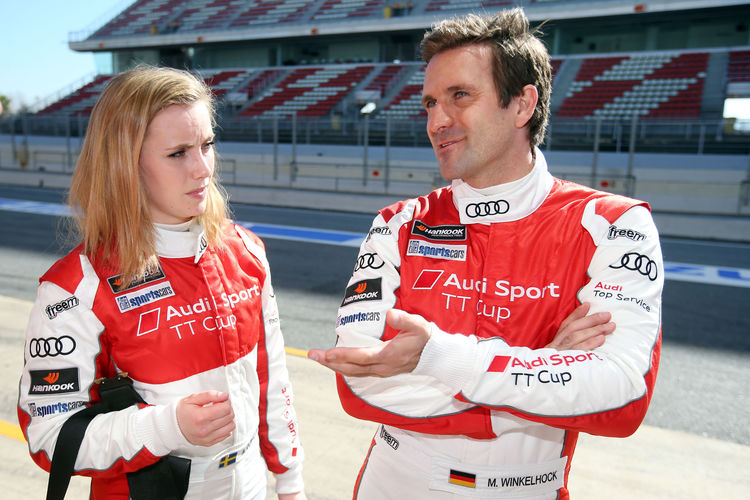