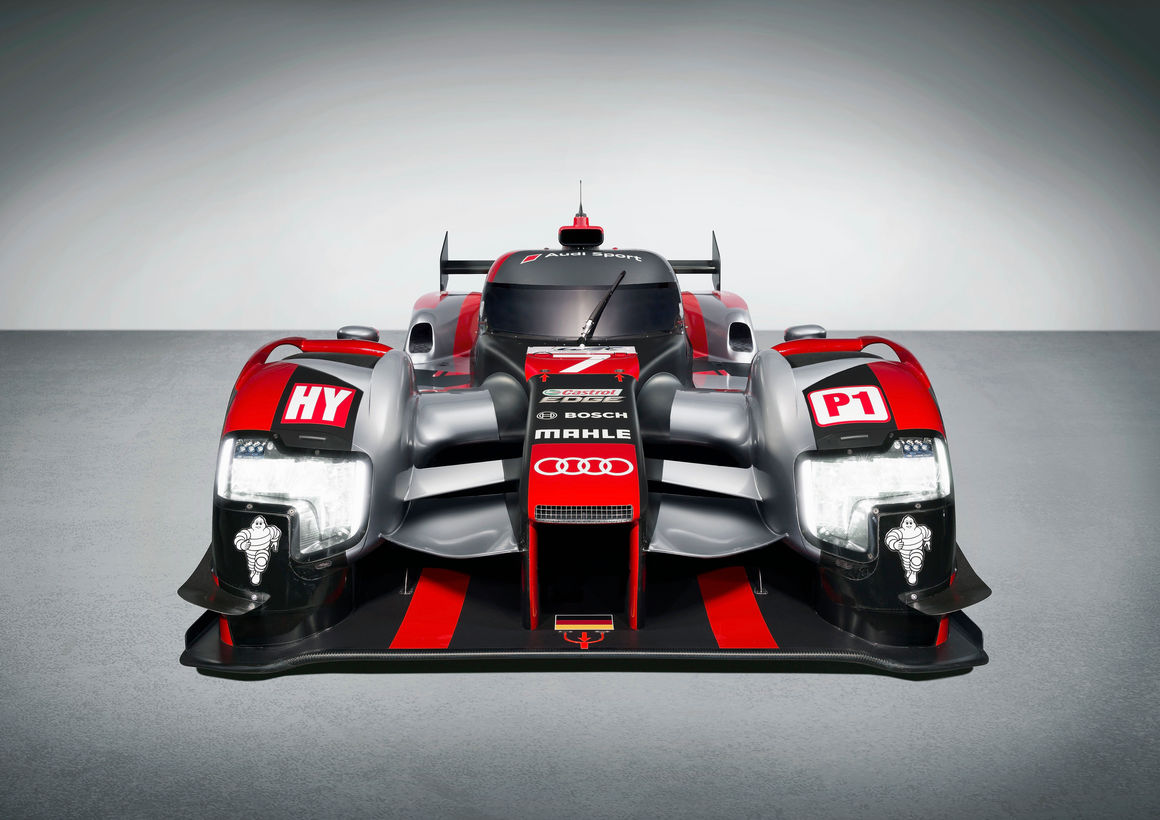 The Audi R18 e-tron quattro is Audi’s hybrid pioneer in racing. In 2012, Audi was the first manufacturer to enter a hybrid sports car in the newly incepted FIA World Endurance Championship (WEC). In 2012 and 2013, the company won the drivers’ and manufacturers’ titles in the WEC with its drivers. In the Le Mans 24 Hours, the diesel-electric hybrid drive remained unbeaten three consecutive times from 2012 to 2014.