Marcel Fässler belongs to a driver trio that has been setting standards with Audi since 2010. No other combination has been equally successful in such a short period of time. In the FIA World Endurance Championship (WEC), no other rival has clinched more victories than Fässler and his teammates André Lotterer and Benoît Tréluyer.

If you had to guess Marcel Fässler’s profession, chances that your guess would be correct tend to be small. With his quiet nature, the father of four from the rural town of Einsiedeln in the canton of Schwyz seems more like the epitome of a calm and collected Swiss than a professional race driver with all his energies unleashed. In 2012, he clinched the first automobile world championship title for his country. Hardly another driver in the paddock works as hard on his physical shape as Fässler. He turned 40 this season, but outperforms many younger rivals in terms of fitness.

The picture of William Tell on the back of his helmet symbolizes the race driver’s attitude. Like the legendary Swiss freedom fighter, Fässler embodies rock-solid values of his native Switzerland. Utmost precision is one of his standards. The quaint and scenic surroundings at home provide the setting for the Audi driver to act out his versatility in sports. Located right on his doorstep is a lake, Sihlsee, which invites him to go canoeing. The surrounding mountains offer opportunities for challenging mountain bike tours and pass crossings. The mountain trails are well suited for ambitious running stints and in winter, cross-country ski tracks lead directly past the Fässler home.

Consequently, the “Swiss confederate,” who celebrated the greatest successes in his career under the symbol of the four rings, can perfectly unwind from the stress of a world championship at home. His wife, Isabel, and the couple’s four daughters form the calm family anchor in a worldwide racing program. Marcel Fässler has been setting standards with the success he has achieved. He has won the Le Mans 24 Hours together with his teammates an amazing three times. In 2012, he was world champion, and with ten single victories clinched in the first four WEC years, the Swiss and his teammates are the most successful drivers in the field. 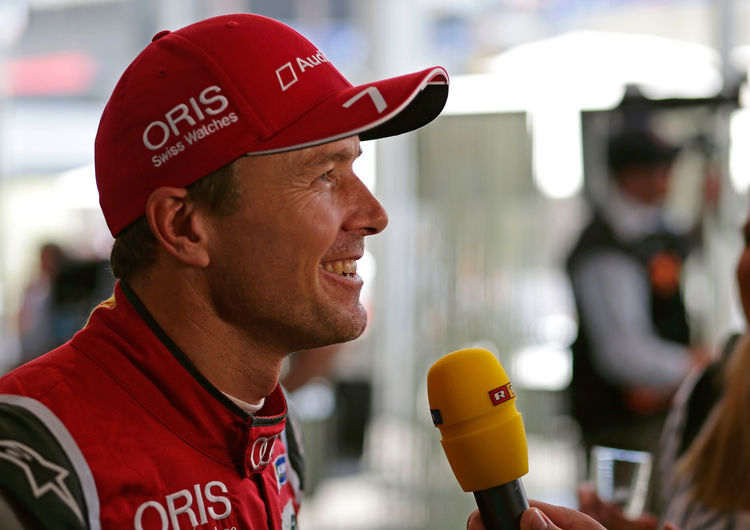