Loïc Duval proved that he ranks among the fastest drivers early in his career. After joining Audi in 2012, he received the requisite hardware that made it possible for him to convert his abilities into victories as well.

Friendly, direct, succinct: Loïc Duval’s style in interviews is as straightforward as his efficient driving style. For four years, he was holding the lap record in the Le Mans 24 Hours. And it was his Audi teammate André Lotterer of all drivers to break it in summer of 2015. Duval has experienced his most successful season to date alongside Allan McNish and Tom Kristensen. In 2013, the trio won the Le Mans 24 Hours and at the end of the year celebrated the world championship title together. “That was a tremendous season,” the Frenchman recalls. “After that, media interest back home suddenly increased.”

The professional driver, who turned 34 years old during the Le Mans week, hails from Chartres – the city of light and perfume, 130 kilometers north-east of Le Mans. Together with his wife, Gaëlle, and their sons, Hugo and Martin, he now lives in nearby Switzerland, in Nyon near Geneva.

Tokyo, of all places, is one of the European’s favorite cities. Nine years of his career he spent in Japan. In 2009, he won Formula Nippon, the highest-caliber local single-seater racing series. Real driver circuits such as Macau or Suzuka have been among his favorite tracks to this day. Besides racing, soccer is one of the Frenchman’s passions. Be it at official PR commitments, celebrity team matches, or simply in his personal surroundings – Duval is an avid kicker. As a historic personage that fascinates him he mentions the navigator Christopher Columbus and as a novel Jules Verne’s “Around the World in 80 Days.”

His very own journey around the world not only takes him to nine nations with the FIA World Endurance Championship (WEC). In addition, Loïc Duval, like his teammate Lucas di Grassi, contested the FIA Formula E electric racing series in the 2015/16 season as well. 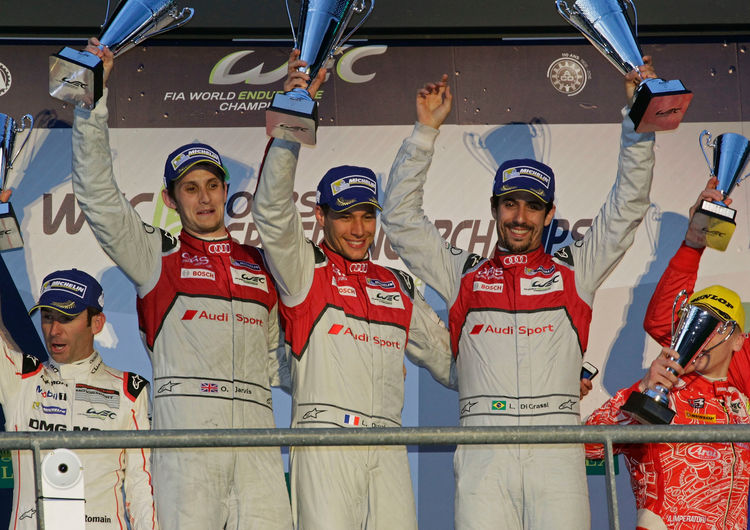