Track description by Mike Rockenfeller:
“Due to the races and tests, the Hockenheimring is a track that all DTM drivers know really well. Plus, Hockenheim always provides a great setting for thrilling races. In last year’s finale, we had a large number of enthusiastic fans in the grandstands, which made me very happy. I hope that this season a lot of spectators will come to the finale again for a live experience of the DTM. I’m sure they won’t be disappointed because the title decision is very often produced only in the last race. Plus, with its mix of fast turns, slow corners and top-speed sections, Hockenheim has everything you need for gripping races. In addition, it’s a good track for overtaking and a lot of fun in terms of driving. In some places, it goes a little overboard with run-off areas for my liking. Sometimes, that’s not so great, but that’s all part of it.” 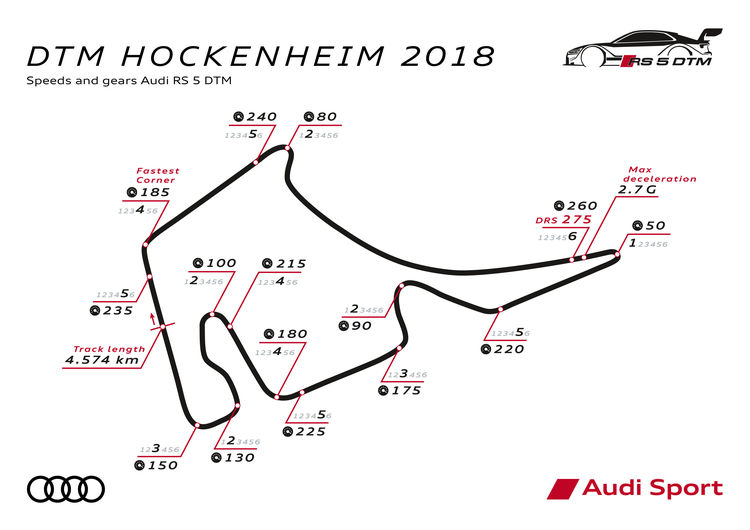