For Nico Müller, the moment of truth is arriving in the 2018 DTM season. For the first time, he is the seasoned driver in his team.

The Swiss is regarded as an all-rounder who is fast in any race car. Be it the Audi RS 5 DTM, Audi R8 LMS, Audi S1 EKS RX quattro or, most recently, the Audi e-tron FE04: Nico Müller’s name including the number of his car, 51, with which he was previously successful in karting, keep appearing at the very top of the monitors showing the results lists.

In the DTM, Nico Müller has already made a name for himself as well. In 2016, in his third season, he clinched his first pole position, first podium and first victory – in Audi’s prestigious home race at the Norisring of all events. The four rings had most recently won the race there in 2002.

In the DTM’s overall standings, the youngster has made it into the top ten once to date. In 2016, he was lacking overall consistency, particularly in qualifying. Last year, in the title race, he put himself at the service of his seasoned teammate, Mattias Ekström. The skill he displayed in doing so earned him plenty of criticism from rivals in the DTM paddock. “I didn’t do anything that wasn’t allowed, the stewards of the meeting saw it that way too,” the Swiss counters.

That Mattias Ekström ultimately missed the title by an extremely narrow margin was a great disappointment for the entire Audi Sport Team Abt Sportsline. The Swede’s subsequent retirement from his DTM career, was “a shock” for Nico Müller. At the same time, it now offers him a great opportunity. The driver who used to shadow Mattias Ekström has to turn into a real title candidate in 2018. He has the pace and experience to do so and has shown his ability to move the Audi RS 5 DTM at high speed more than once.

Now having a DTM rookie – Robin Frijns – as his new teammate, Müller in his fifth DTM year is automatically the team leader. His race engineer is new as well. Felix Fechner was most recently a performance engineer at Audi in the DTM and is now assuming responsibility for a race car for the first time. Müller and Fechner are able to draw on the enormous wealth of experience of Florian Modlinger who as technical director led Audi to the “triple success” in 2017 and joined ABT Sportsline this year.

“Even though there were some changes in winter I have the backing of a great team that always gives 100 percent,” says Nico Müller who is tackling his third season in Audi Sport Team Abt Sportsline. “I feel incredibly comfortable with Abt.”

As a sports soldier in the Swiss Army, Nico Müller stays fit at the national sports center in Magglingen, the Olympic base of Swiss Ski. “I have optimum training conditions there and have come to know many other athletes and sporting disciplines,” says Müller.

In addition, the Swiss enjoys cycling – “riding a mountain bike in cold weather and in summer more frequently a road bike,” relates the youngster who lives in Bern together with his partner, Victoria.

Privately, Nico Müller drives an Audi RS 6 Avant performance. “For me, the car is simply perfect,” he enthuses. “I feel privileged be able to drive such a car as a young Audi factory driver.”

At the same time, Müller fell in love with another Audi model: the Audi S1 EKS RX quattro from the FIA World Rallycross Championship. “The fire has been burning ever since Eki (Mattias Ekström) invited me to a test and I had the opportunity to contest two races in 2017. That was huge fun.”

On making his debut in the Formula E electric racing series, Nico Müller left a lasting impression as well. During the rookie test in Marrakesh, the Swiss achieved a dominant best time and set a new track record in the Audi e-tron FE04.

In the Audi R8 LMS GT3 sports car, Nico Müller is contesting races again in 2018 as well, although the DTM is clearly his top priority. 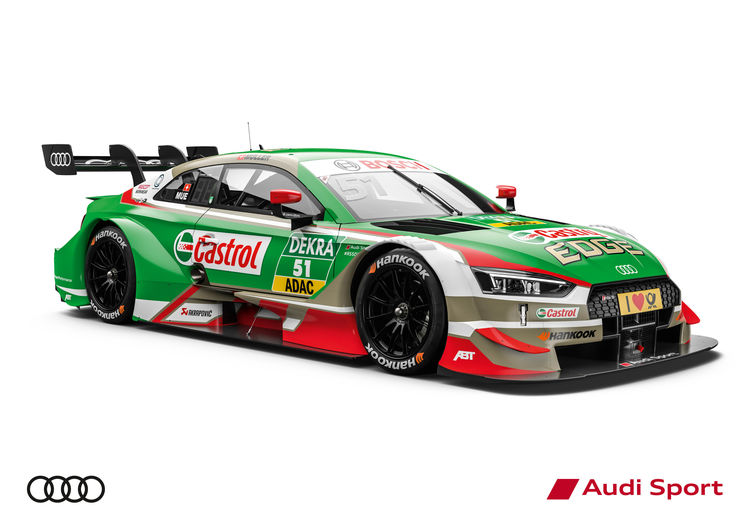