After two difficult years in the DTM, Mike Rockenfeller is driven by a single-minded commitment: together with Audi Sport Team Phoenix he intends to move out of the valley and back to the top.

“There’s no doubt about it: the last two years were frustrating,” says “Rocky” who in 2013 clinched the last DTM drivers’ title for Audi to date and who in 2014, in third place overall, was the best Audi driver as well. After that, things went downhill. That is why, at the end of the last season, Rockenfeller had to confront the key question of either doing something else after ten years of DTM or starting over again.

“Rocky” chose to start over again in the DTM – together with Ernst Moser’s team in which he had his most successful DTM years. “I’m optimistic that we’re going to make it back to the top,” he says. “The team and I have to get out of this hole. We need to change a few things and are ready to do that. We’re hoping to be able to make different appearances again than we did in the last two years, especially better than in 2016.”

Since 2007, Rockenfeller has been competing in the internationally popular touring car racing series with Audi. His first years at the wheel of a previous-generation car were tough. “Rocky” kept himself motivated particularly in sports car races he contested alongside the DTM. In 2010, in the Audi R15 TDI, he achieved overall victory in the 24 Hours of Le Mans and a year later, he had the most serious accident in his career to date at the iconic French endurance race – just at the time when he had gained a foothold in the DTM and won his first DTM race. He had to bury his hopes for the title because he had to skip two races following the accident at Le Mans.

In 2012, he switched to Audi Sport Team Phoenix. In his first year with the team based in the Eifel, he was the best Audi driver and in 2013, he clinched the championship title in the Schaeffler Audi RS 5 DTM. “That was a very emotional experience, not least because I’d been working for this moment for such a long time,” recalls “Rocky.” 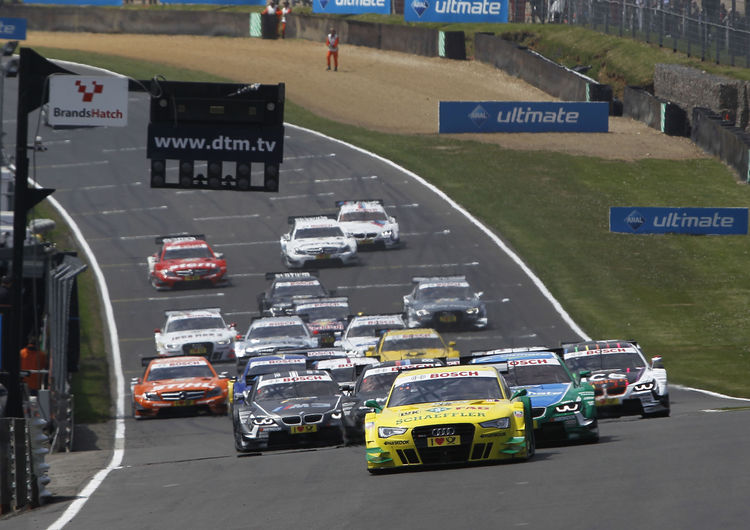 Now hard work is back on his agenda. Rockenfeller regards the changes being made to the DTM as a great opportunity. “The cars will be similar to drive as before. But there’ll be softer, unheated tires and more power output. This is a new challenge I’m looking forward to. Some fresh air will be blown into the DTM, which will be good for the team and for me, too.”

One can tell that Mike Rockenfeller is serious about his restart. That is why he will fully concentrate on the DTM during the 2017 season. At the beginning of the season, he treated himself to two endurance races with Corvette Racing in Florida. “Afterwards, I won’t drive anything else, so I won’t have to constantly readjust – I’m hoping for that to pay off.”

In Florida, Rockenfeller recharged his batteries for the new DTM season from the end of February to the end of March with his whole family. “We rented a motor home, enjoyed the warm weather and had a little family vacation. When we’re back, it’s going to be DTM all the way again!”

“We” refers to Rockenfeller’s wife, Susanne, and their two sons, Phil and Paul. “Phil is already in preschool, which he tremendously enjoys. The little one is fit too. We’re doing well on the whole and feel very comfortable on Lake Constance.”

On the Swiss side of Lake Constance, the Rockenfellers built a handsome house with its own gym which “Rocky” uses to stay fit, although he likes to ride his road bike even better, frequently together with former cycling pro Andreas Klöden who is a friend of Rockenfeller’s.

Like most of his fellow DTM drivers Rockenfeller privately drives an Audi Q7. “The car is perfect for family and sport,” he says. “The next car I’ll order will probably be an SQ7.”

Aside from family and friends, Mike Rockenfeller has a passion for old cars – not an unusual predilection for a trained master car mechanic …