René Rast embodies, like now other, the opportunities the Volkswagen Group offers in motorsport: he moved successfully through the Volkswagen Polo Cup as well as similar programs with Seat and Porsche and Audi’s GT3 sportscar project to claim a seat in the brand’s LMP driver squad.

When Audi announced René Rast as a member of the Le Mans squad in December 2014, an ambitious claim came true: it is possible within the Group to pursue a motorsport career from the early stages to top-flight international racing. René Rast is the model for this ascent. Probably no other automobile manufacturer worldwide is established so methodically across the amateur base to the elite level of motorsport as the German group and its brands. No other racing driver has used these possibilities as consistently as the Westphalian from Minden.

After winning the 150 hp Volkswagen Polo Cup, which was conceived for novices, in 2005, he claimed the runner-up title a year later in the near twice as powerful Seat one-make Cup racecar. He made a successful move into the one-make Cup world of Porsche. Three Porsche Supercup titles and two in the German Carrera Cup leave no doubts: his talent continues to evolve in GT racing. After the one-make Cups using identical equipment, he was ready for the next step. He contested many of the toughest GT3 competitions there are with Audi. In 2014, he had his best season so far: for the first time he won the 24 Hours at the Nürburgring, the 24 Hours of Spa for a second time, and he won the ADAC GT Masters, one of the world’s most hotly contested GT3 series – on each occasion in an Audi R8 LMS ultra. As if that wasn’t enough, the model company student would set the foundation for his next career step. He accepted the challenge of the 24 Hours of Le Mans with a private team and finished fourth in class on his debut in an LMP2 racecar.

“It’s just fantastic to experience such progress in motorsport with the company,” says the 28-year old racing driver, who lives in Frankfurt am Main. “I’m really looking forward to the Le Mans sportscars. I can develop my driving style to suit the Audi R18 e-tron quattro and can drive in some of the world’s greatest races.” 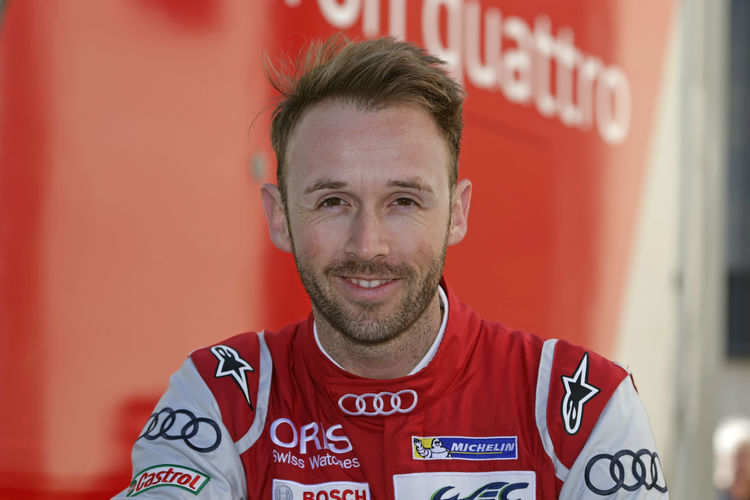