Oliver Jarvis fulfils a dream in 2015: he has been promoted to Audi’s regular team in the sportscar squad and now plays in the premier league. As a result, the Briton fights for a world championship title for the first time in his LMP career.

The 31-year old professional racer faces a crucial season. Oliver Jarvis has the opportunity to prove his qualities in the FIA World Endurance Championship WEC. However, it’s all too easy to overlook just what he has already achieved in a sportscar. A year after starting his DTM career at Audi, he contested his first sportscar race at the wheel of an Audi R10 TDI for a private team in 2009. A year later, he started the 24 Hours of Le Mans for the first time. After qualifying, he was awarded the ‘Rookie of the Year’ trophy for the best newcomer.

When Head of Audi Motorsport Dr. Wolfgang Ullrich gave him the chance to contest the 24 Hours of Le Mans for the factory for the first time, Jarvis and his team mates showed their thanks with third place. A year later, he was on the podium after the race again. In 2013, the Briton from Burwell near Cambridge demonstrated his endurance racing qualities in two North American classics: he won the GT class in the 24 Hours Daytona in an Audi R8 LMS; two months later, he celebrated overall victory in the 12-hour race at Sebring in the Audi R18 e-tron quattro.

“I really like the approach to endurance racing,” says the Englishman. “Stamina, deliberation and tactical nous, but also to drive on the limit lap after lap and to fight wheel to wheel as if it’s a sprint race – these are the exciting challenges.” The ever friendly and cooperative Briton’s training program is just as varied as his profession. Crossfit is the magic word for a variety of exercises that combine weights and cardio training.

Oliver Jarvis fills an entirely new role in his private life. At the end of 2014, his longtime partner Chelsea gave birth to a daughter Silva Olivia. “It’s a wonderful experience, which completes my life,” said the young family father. 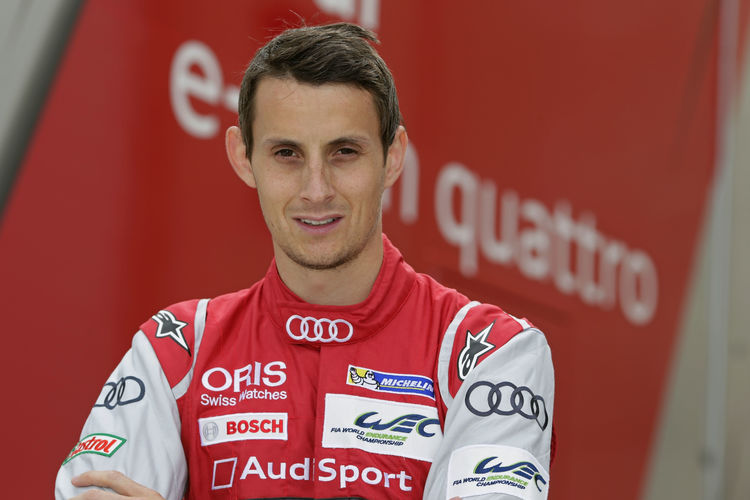