Be it sportscars or touring cars, sprint or 24-hour marathon: DTM Champion and Le Mans winner Mike Rockenfeller is one of world’s most complete drivers.

There are several reasons why Mike Rockenfeller could have his head in the clouds. Alongside the 2013 DTM title and Le Mans victory in 2010, there are also victories in the 24-hour classics around the Nürburgring and at Daytona. Alternatively, winning titles in the Porsche Carrera Cup, FIA GT2 Championship and in 2008 – the first important milestone as an Audi factory driver – in the European Le Mans Series. However, despite all these victories, ‘Rocky’ has remained himself: the 31-year old from Neuwied at the Rhine has never lost touch with his roots. He prefers his own mobile home at the track to a luxury hotel. He spends a lot of time with his fans at the track and is a patient interviewee for the media. His team mates and rivals see the Nordschleife fan as a dependable team player, whose humor and mischievous smile are never far away, who never draws attention to himself – unless it is through his performance on track. One of the secrets to his success: keep cool, rely on your strengths and attack when opportunity knocks.

He is part of the Le Mans line-up for the seventh time in 2015. The role he plays this year is new: Rockenfeller supports Audi’s commitment on the Sarthe as reserve driver. “My focus for 2015 is definitely the DTM again. However, after a two-year Le Mans break, I’m delighted that I can at least help Audi as reserve driver for the world’s most important endurance race,” says Rockenfeller. Audi learnt last year just how important a top driver is in this position when Loïc Duval was unable to start after an accident in practice.

‘Rocky’ has strong support from his parents and longtime partner Susanne who he married in 2014. He finds the necessary peace and quiet in this trusted circle to recharge his batteries between races. For a few months now, there is another reason for Rockenfeller to look forward to his home on the Swiss shore of Lake Constance: He and wife Susanne are proud parents of a lively boy – and completely new challenge for the motorsport all-rounder. 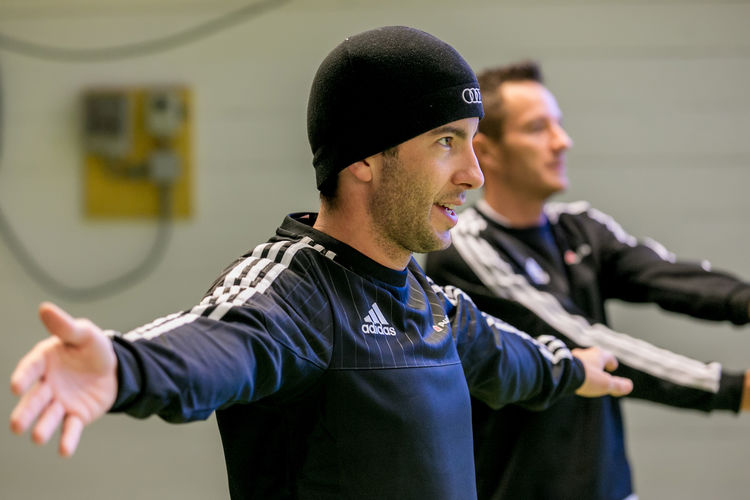