When Loïc Duval won Le Mans for the first time with Audi in 2013, many observers agreed: his win was long overdue. The Frenchman is one of the fastest racing drivers from his homeland. However, before his time with Audi he rarely had the equipment necessary to win.

He is not a man of many words: if Loïc Duval is asked for an analysis, his statements are always concise and answer the questions of his counterparts. His answers at the circuits are just as precise. He won his first race with Audi, the 6 Hours of Spa in 2012. He finished his first complete season under the sign of the four rings in the FIA World Endurance Championship WEC in 2013 as World Champion. A record even connects him with Le Mans. In 2010, the Frenchman lapped the circuit in 3m 19.074s. Nobody has been faster to date. The sober analysts only realized which emotions the endurance classic could arouse after his victory. “Even after so many years as a professional driver it was overwhelming to me just how big the interest in us is,” said Duval after he enjoyed a long PR tour in his homeland in 2013.

The Frenchman spent many years of his career in Japan. So, it’s no surprise to learn that he considers the demanding street circuit in Macau and the Japanese Grand Prix track at Suzuka as the greatest challenges. However, his home lies at the heart of Europe. The Audi driver, who celebrates his 33rd birthday in the 2015 Le Mans week, grew up in Chartres about 130 kilometers from Le Mans. For several years now, Loïc Duval lives close to Geneva with his wife Gaëlle and their sons Hugo and Martin.

When he’s not busy with motorsport, he prefers to follow football. When a French newspaper asked Duval to attend a joint interview with the former France national team goalkeeper and current racing driver Fabien Barthez, the Audi driver agreed instantly. When he’s not playing football or doing other sports, Duval likes to listen to music. His collection contains a broad repertoire including titles of the Black Eyed Peas to Stevie Wonder and the Red Hot Chili Peppers. 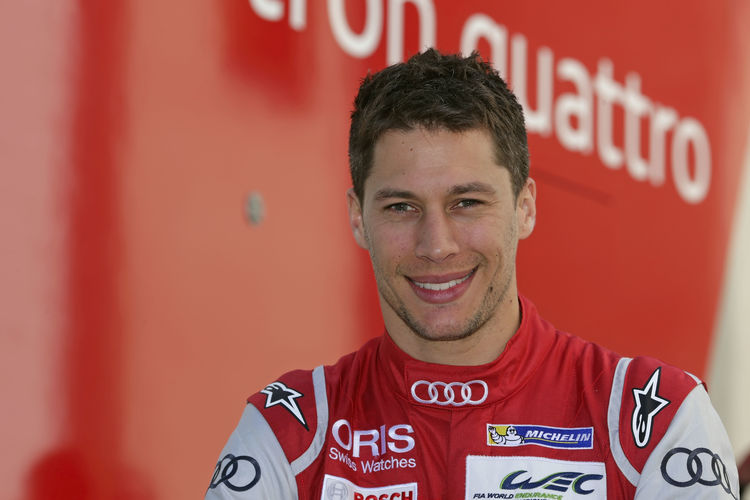