Before the first DTM race of the 2015 season, Timo Scheider made headlines off the race track. The Audi driver got engaged to his partner of many years and in South Africa survived what is arguably the world’s toughest mountain bike race.

“After getting engaged to Jessica, the next step will follow in 2015 as well,” says the two-time DTM Champion, hinting at the possibility of wedding bells ringing at the Scheider-Hinterseer home before the year is out. “And after surviving Cape Epic in South Africa, all I can say is: when it comes to sports I no longer fear anything.”

In 2015, the 36-year-old is tackling his 15th DTM season, his tenth for Audi and his second in Audi Sport Team Phoenix. “We got on the same page relatively fast in Team Phoenix last year,” says Timo Scheider. “But it does take a few race weekends or a couple of extreme situations to really get to know each other. In the second half of the 2014 season, it worked out really well. I’m optimistic about being able to start with a strong base in 2015.”

His close relationship with his team-mate Mike Rockenfeller is helpful in this regard as well. “The chemistry between us is right and we also spend some of our free time together,” says Scheider. “That makes our work a little easier at times. Generally speaking, a good team-mate is extremely important for promoting your own performance – although the level of driving skills in the DTM is so high that you could only have good team-mates there ...”

Scheider is looking forward to the new format with eager anticipation. “With 18 races on the calendar, a retirement is less dramatic now,” says Scheider. “You’ve got the chance to make up for a mistake here and there, and that’s positive. I’m hoping for very few retirements and for us to be able to consistently deliver the right performance in qualifying and the races.”

In that case, his dream of converting the number ‘10’ on his black AUTO TEST Audi RS 5 DTM into a ‘1’ at the end of the 2015 season may come true. “All I need to do is remove the zero,” the Audi driver says with a laugh. “I had ‘10’ as my car number in my first DTM championship-winning year. And in soccer, the playmaker wears the ‘10’ on his back. I’m hoping that it’ll bring me luck again.”

With luck alone, however, you cannot win DTM titles. “I think my experience can help me too,” says Scheider. “Due to the new procedures there have been a lot of unanswered questions before the season that will hopefully be answered after the initial race weekends. Maybe, thanks to our experience, we’ll find the answers a bit faster than the competition.”

Scheider has been passing on his experience to young drivers for many years as well. After starting his own kart team he has now formed his own ADAC Formula 4 outfit in which Scheider is fielding two cars in 2015.

In addition to the DTM, this means a lot of work and spending many kilometers on the road, for which he is perfectly equipped with an Audi RS 6 Avant. “For me as a race driver, the Audi RS 6 is the perfect combination of performance, comfort and dynamics,” Timo Scheider enthuses about the car. “For everyday driving, it’s simply the Audi model to have. I’ve been driving it as a company car for a long time and am going to order an RS 6 again.” 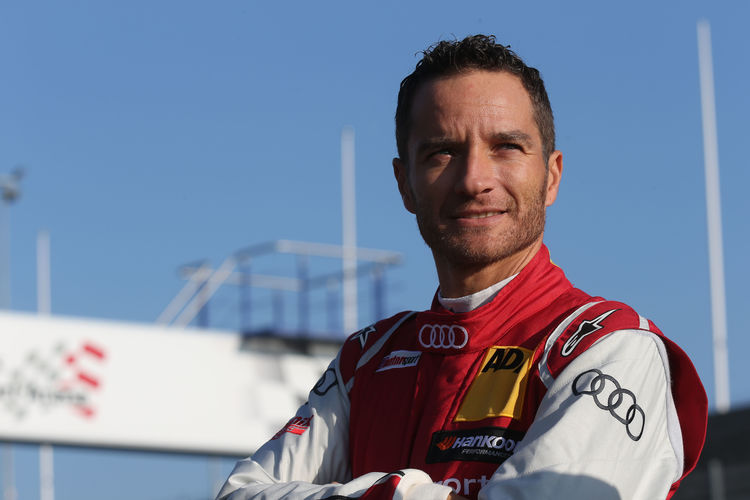