On selecting ’99,’ Mike Rockenfeller has picked the highest car number of all drivers for the 2015 DTM – and if the Audi driver had his way, he’d soon have the lowest one again, namely the champion’s number ‘1.’

Two years ago, ‘Rocky,’ in Audi Sport Team Phoenix, clinched his first DTM title in car number ‘19.’ After third place last season, title number two is to follow now in the internationally popular touring car racing series – with the ‘double 9’ as the lucky number on his yellow-green Schaeffler Audi RS 5 DTM. “My goal is clear: I’m set on clinching the title,” says Rockenfeller.

To achieve this, besides 22 other strong rivals, he has to defeat his team-mate Timo Scheider. The two are the only DTM Champions driving for the same team in 2015. “Timo and I get along really well,” says ‘Rocky.’ “We’re on the same wavelength and also have a lot of fun together off track. We both have good rapport with the team. But Timo is pretty fast too. I’m expecting fierce competition within the team and am going to try and finish ahead of him in the end.”

Rockenfeller believes that the field in 2015 will become even closer. “Due to the frozen technology none of the three manufacturers has been able to make a major step forwards. The DTM has always been extremely competitive and this year will be even more extreme. There are 24 drivers on the grid. Every one of them can be in contention at the front, every one of them can win races and every one of them can win the Championship. This is what characterizes the DTM. And this doesn’t exist anywhere else in the world.”

The Audi driver knows what he is talking about. 2015 is his ninth DTM season. The way to the top has been long and arduous. But today he is firmly established with Audi and involved in the brand’s Le Mans project and the GT program with the new Audi R8 LMS as well. “I have a tremendous program with Audi and I’m very happy about it,” he says.

This applies to the DTM race driver’s personal life as well. Shortly after the Norisring race last summer, his son, Phil, was born. “Obviously, he doesn’t understand yet what daddy does for a living,” ‘Rocky’ says with a smile. “But I feel totally different about coming home now. Everyone who has children knows the feeling. Whenever things don’t go so well for a change I can look forward to being with my own small family. I hope they’ll be able to join me now and then at a DTM race this year.”

Shortly before the season started, Rockenfeller took his wife and child along to Majorca for a week of bicycle riding. “Unwinding again before the action really starts is always good for you,” says the 2013 DTM Champion.

Whenever he is not out riding his bike, the Audi driver relies on the largest Avant model his employer is offering at the moment. “I like switching between the Audi A6 TDI and the Audi RS 6,” says ‘Rocky.’ “I enjoy them both. But in terms of looks and sound an RS model is obviously the absolute stunner in any Audi model range.” 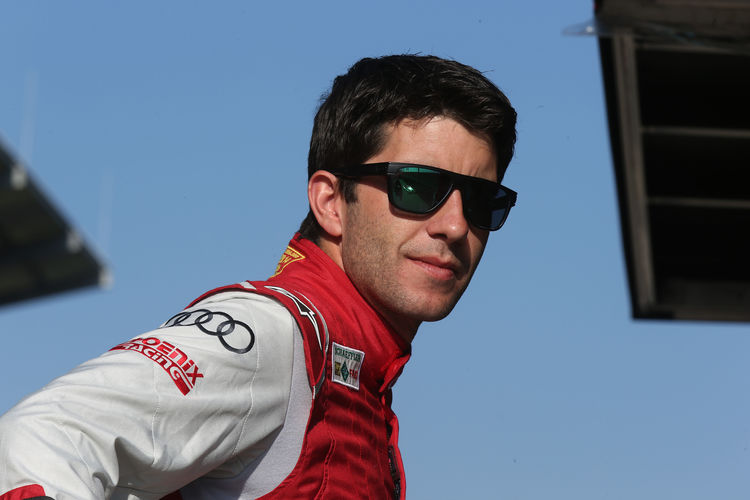