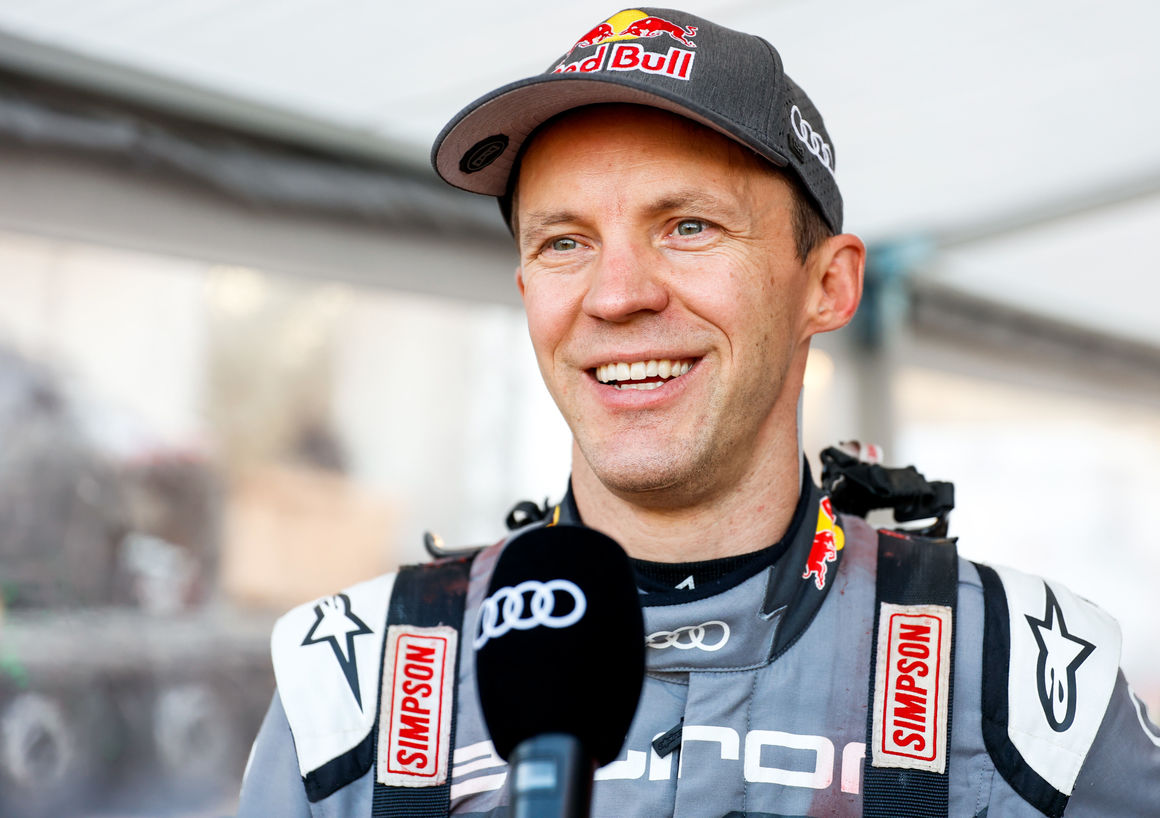 Mattias Ekström is a racing driver for all occasions. The Swede is a former World Rallycross champion, two-time DTM champion and the winner of four Race of Champions titles. In the world of electric mobility he seamlessly continues his winning streak as champion of the Pure ETCR 2021, runner-up of the FIA ETCR 2022 and best of Audi’s three Dakar entrants in 2022.

Mattias Ekström took part in the world’s longest and toughest cross-country rally for only the second time in 2022. At the same time, it was his first Dakar event ever in a car after a trial year in a side-by-side model. As stage winner, ninth overall and best Audi driver he and co-driver Emil Bergkvist made their mark straight away. “In my career I’ve always dared to take on new challenges,” the Swede confesses. “If we were to win, I would be the happiest person on earth, and I know Emil would be too. But we’re not going to the Dakar with that ambition. Our goal is to realize perfect days, 14 perfect days to be exact. If we succeed, we’ll both be happy. If we still get beaten, that’s the way it is and we’ll have to try even harder next time.”

As he did earlier in his career, Mattias Ekström quickly learned the basic lessons in his new discipline and has been working to keep improving ever since. One of the great lessons of desert rallies is the realization of a certain imperfection of one’s own. It may seem that personal performance fluctuates, and yet this is unavoidable given the magnitude of the challenges, but also the imponderables on every kilometer of the route. This is where this motorsport discipline differs so fundamentally from the circuit with its reproducible cycles.

“With 14 days of competition, the Dakar is the longest and toughest rally on the calendar,” says Mattias Ekström. “Everyone makes mistakes in this event. It’s just a question of how often we make them and how big the impact is. Keeping them to a minimum is the prerequisite for being successful.” The professional always sees himself as part of a team – just as he has put the team’s thoughts ahead of his own advantage often enough in his career.

“We learn very quickly because we have good teammates to learn from. But we also remain humble because we know that it takes many years to really understand and master all the elements,” analyzes the veteran Audi driver. “After the Morocco Rally in October 2022, we felt that we understood the roadbook much better, but also that we were able to read and navigate the routes. The more you internalize this, the sooner you also become faster and more consistent. And it reduces the stress of driving. That’s also the trick to staying fit throughout the rally. The Dakar takes a lot of energy, so it’s important to get there with fully charged batteries.”

For the 44-year-old Swede, new motorsport opportunities continue to thrill him. “I still love finding out how good I can really become as a driver,” says Ekström. “When I challenge myself in the cockpit in a new way, I get absolutely excited by all the training and learning required for that, in addition to the competition.”

His tireless spirit of discovery took Mattias Ekström from Sweden’s province of Falun to the very top of the international motorsport stage, where he immediately impressed. For 17 years, Ekström was a regular DTM title contender. This was always for Audi as an Audi factory driver for 14 years. He won two DTM titles with the brand with the four rings. With his own team and the Audi S1 EKS RX quattro, the Swede also became the World Rallycross champion. And in 2021, he became the first motorsport athlete to win a title in an all-electric touring car – in the Pure ETCR racing series.

A very special challenge for Mattias Ekström is the heat that prevails in the desert. “Since an illness at 22, I tend to sweat quickly,” he says. “That means a high loss of fluid especially in the desert. But I can’t drink that much during the day. Since I can’t lose weight, I’m taking a scale with me to the bivouac this year. I learned in the DTM how to take care of my fluid balance.” Thanks to the good air conditioning of his Audi RS Q e-tron, however, the pro may be spared a bead or two of sweat compared with some of his rivals.

“We start the new season with a lot of confidence and calm,” confesses the Scandinavian. “We had a medical checkup at the end of the 2022 season, which was perfect. In the workshop, we once again looked at all the details in the cockpit, checked the set-up and also received training in mechanical work for emergencies. Everything we learned in Morocco in October has been incorporated into our preparation. It starts with little things in the cockpit, comfort, seat belts, and extends to better and better tire changes and how we can get even more out of the car through tire pressure or stance height.”