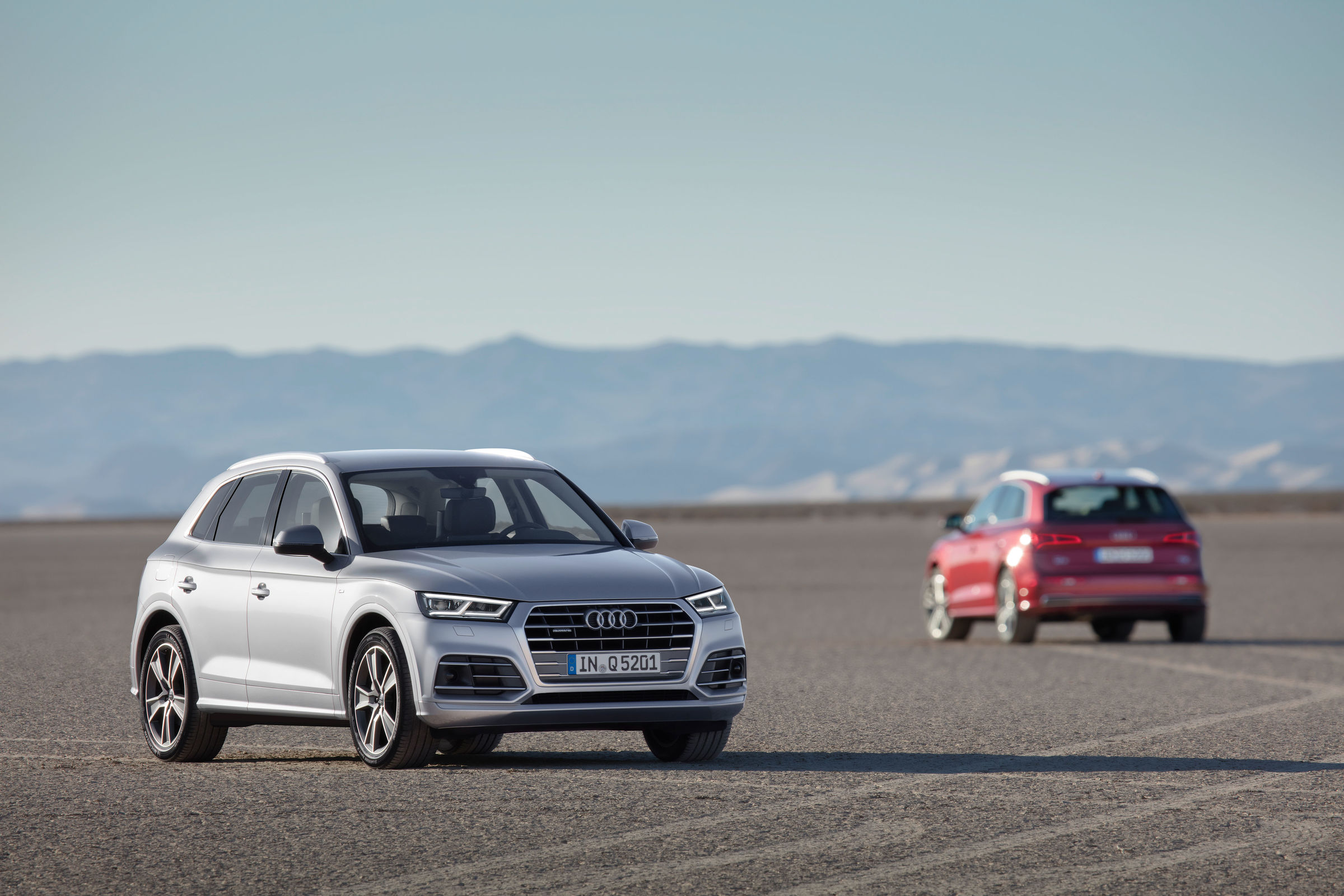 The new Audi Q5 is making its appearance to continue a story of success. Its predecessor model was the world’s best-selling SUV in the premium mid-size segment for six years. From its production launch in 2008, Audi has sold around 1.6 million units.

The first generation Q5 celebrated its debut in April 2008 at the Auto China show in Beijing, and it was introduced on the market just a few months later. The SUV with the four rings appealed with its sporty-versatile character and state-of-the-art technology. The three turbocharged engines that were offered had power outputs from 125 kW (170 hp) and 176 kW (240 hp), and a newly developed seven-speed S tronic could transfer engine forces to an optional quattro drivetrain.

In subsequent years, Audi progressively extended its engine line-up – with power-enhanced evolutionary stages, new four-cylinder engines and powerful V6 gasoline engines. In the model changeover of 2012, which included many new solutions in infotainment and assistance systems, two entirely new variants were added to the line-up: the Q5 hybrid quattro, which could drive all-electrically for short distances, and the SQ5 TDI, the first S model from Audi to have a diesel engine. Its sonorous biturbo V6 had a power output of 230 kW (313 hp), and in the final evolutionary stage in 2015 it even output 250 kW (340 hp) and 700 Nm (516.3 lb-ft) of torque.

The Audi SQ5 TDI became a top-selling vehicle – like the entire model series. From 2009 to 2015, the Q5 established itself as the world’s most successful SUV in its class, winning over an above-average share of new customers for Audi. In its last full sales year, it still dominated in markets of all key sales regions – especially in China where it had a 65 percent share in its segment. Production sites in Changchun, China and Aurangabad, India supplemented production at the main plant in Ingolstadt.

The new Audi Q5, which is produced in Mexico, is launching into an SUV market that continues to grow worldwide with great dynamism. Its market launch will be at the beginning of 2017.