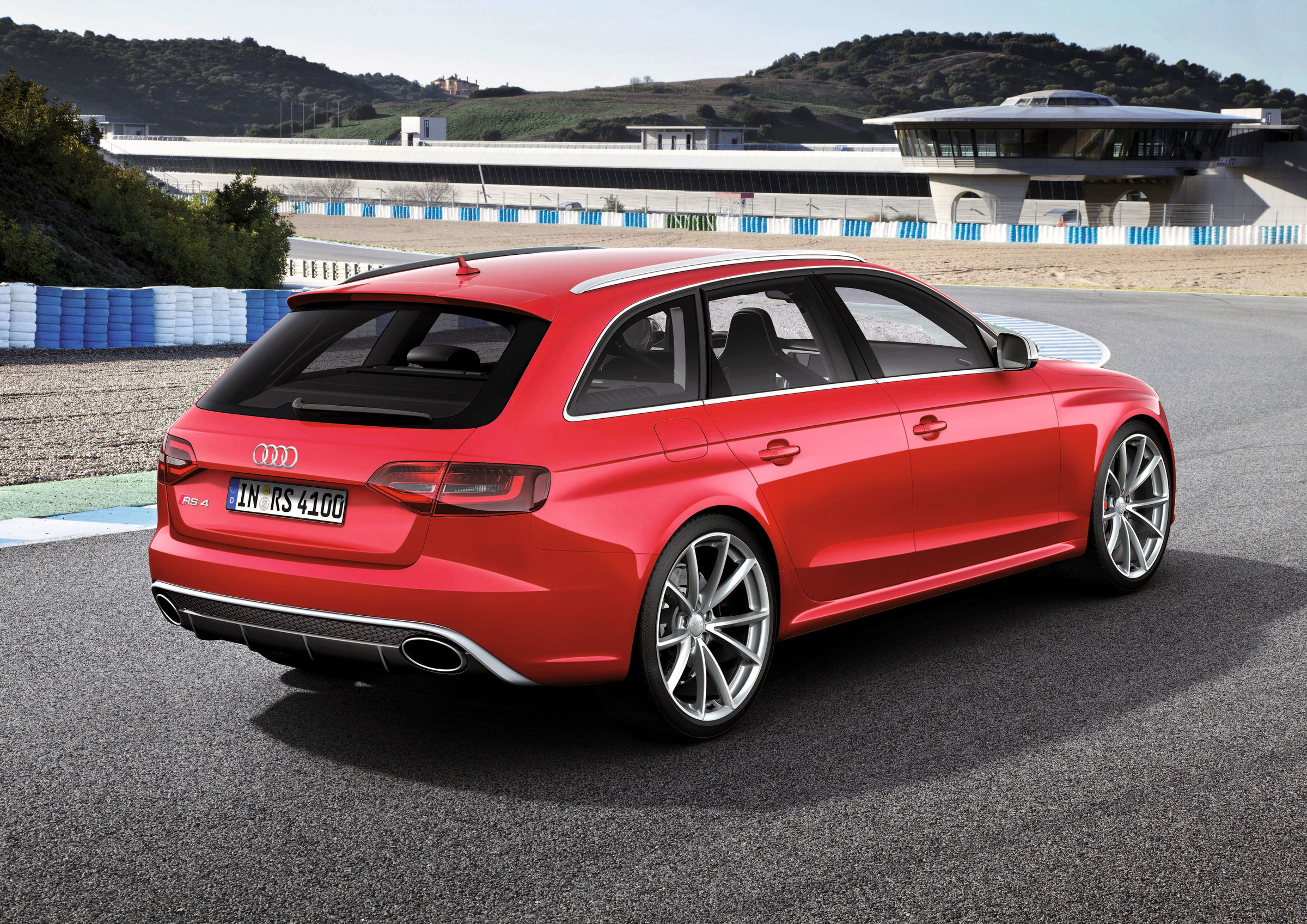 With the RS 2 Avant in 1994, Audi began a strong trend – with the world’s first high-performance sports car with five seats and a large luggage compartment. The striking exterior design and the fine interior was equally influential. The five-cylinder turbo generated 232 kW (315 hp) from a displacement of 2.2 liters, accelerating the Audi RS 2 Avant from zero to 100 km/h (zero to 60 mph) in 5.4 seconds with a top speed of 262 km/h (162.8 mph). Porsche AG supplied parts such as brakes and wheels as a development and production partner.

1999 – Compact displacement and high performance in the first generation

For the first RS 4 Avant, the recently acquired Cosworth Technology Ltd was involved as a cooperation partner. Together with quattro GmbH, the English firm increased the performance of the 2.7-liter V6 twin turbo to 279 kW (380 hp), resulting in a zero to 100 km/h (zero to 60 mph) time of 4.9 seconds. Demand for the RS 4 Avant was so high that Audi doubled its production figures from its original planning.

The second-generation RS 4 appeared in 2005. It was initially available as a Sedan and an Avant. The vehicle was powered by the newly developed V8 high-speed engine with a displacement of 4.2 liters. The direct injection engine delivered 309 kW (420 hp). The RS 4 sedan raced from 0 to 100 km/h (zero to 60 mph) in 4.8 seconds. Other engineering highlights included the quattro drive with the asymmetric dynamic torque distribution, which were new at the time, and the optionally available carbon fiber ceramic brakes.

The third generation of the RS 4 was presented at the Geneva Motor Show by quattro GmbH in February 2012. This generation was exclusively offered as an Avant. Just like its predecessor, the model was equipped with a 4.2-l V8 high-speed engine, but with an increased output of 331 kW (450 hp).