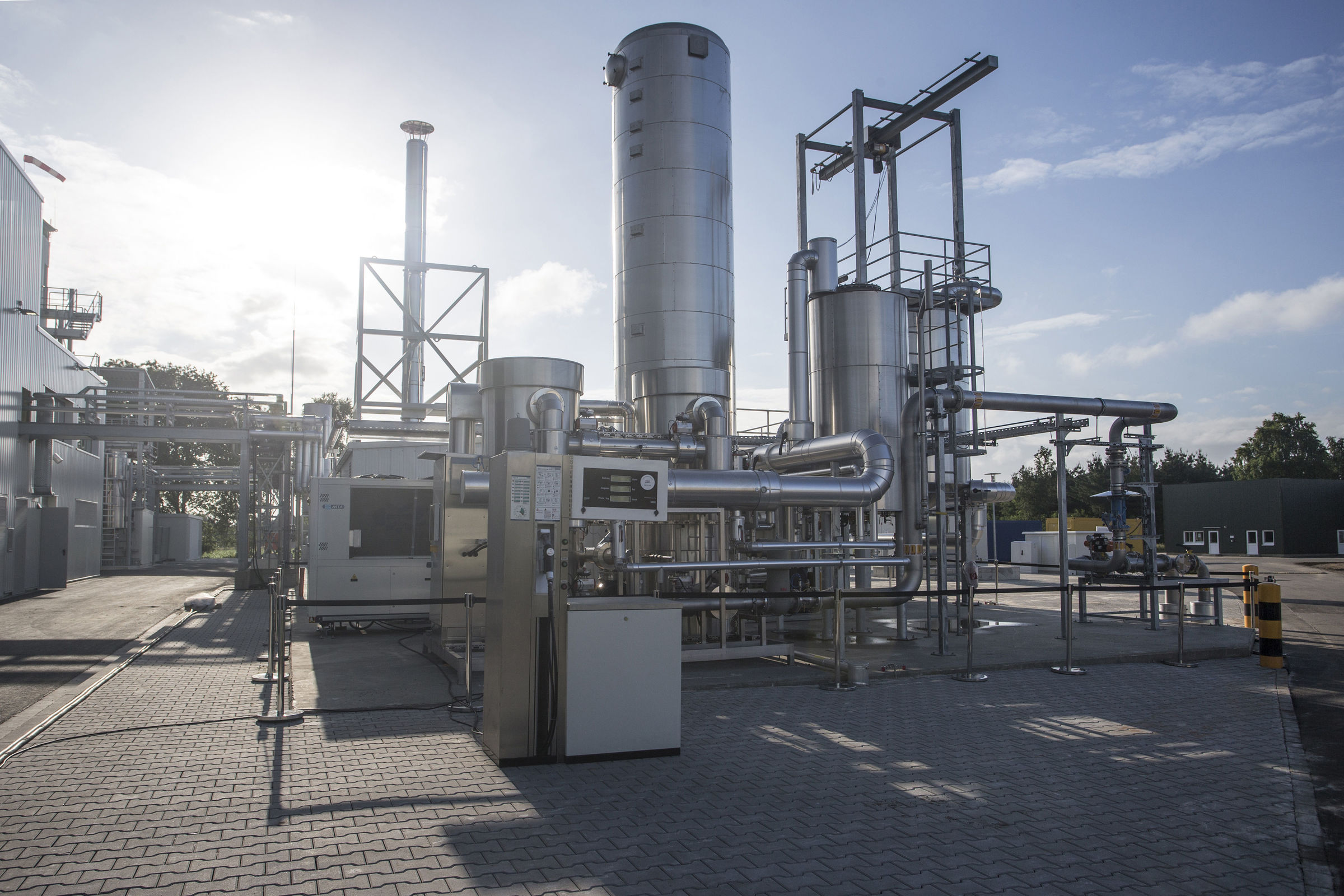 The Audi h-tron quattro concept achieves not just zero local emissions, but zero global emissions – if the hydrogen it runs on has been produced from water using renewable energy, as is the case at the Audi e‑gas facility in Werlte, Lower Saxony. Since 2013 the world’s first power-to-gas plant has been using electricity generated by wind power to break water down into oxygen and hydrogen by electrolysis. In a further process, this gas is currently reacted with CO2 to produce Audi e‑gas, or synthetic methane, for the Audi A3 g-tron* and the A4 g-tron* with CNG drive. Many customers are already using the e‑gas fuel card to buy Audi e‑gas via the existing natural gas network at conventional CNG filling stations, enabling them to drive almost CO2‑neutrally. But in future it will be possible to tap this hydrogen source so that fuel cell cars can run on this climate‑friendly fuel.

The 1.98 meter long (6.5 ft) solar roof plays an instrumental role in the technology study’s energy management concept – it is the largest and highest-performance such roof in a car. It feeds electricity at up to 320 watts into the battery if the Audi h-tron quattro concept is parked or driven in the sun. In a region such as Central Europe, for example, that means it can contribute an extra range of up to 1,000 kilometers (621.4 mi) per year. In summer the solar roof generates enough energy to power the auxiliary ventilation for the interior. That substantially reduces the cooling performance required of the air conditioning system.

The equipment and data specified in this document refer to the model range offered in Germany. Subject to change without notice; errors and omissions excepted.
Back to top