The OLED displays: the next step for the display concept 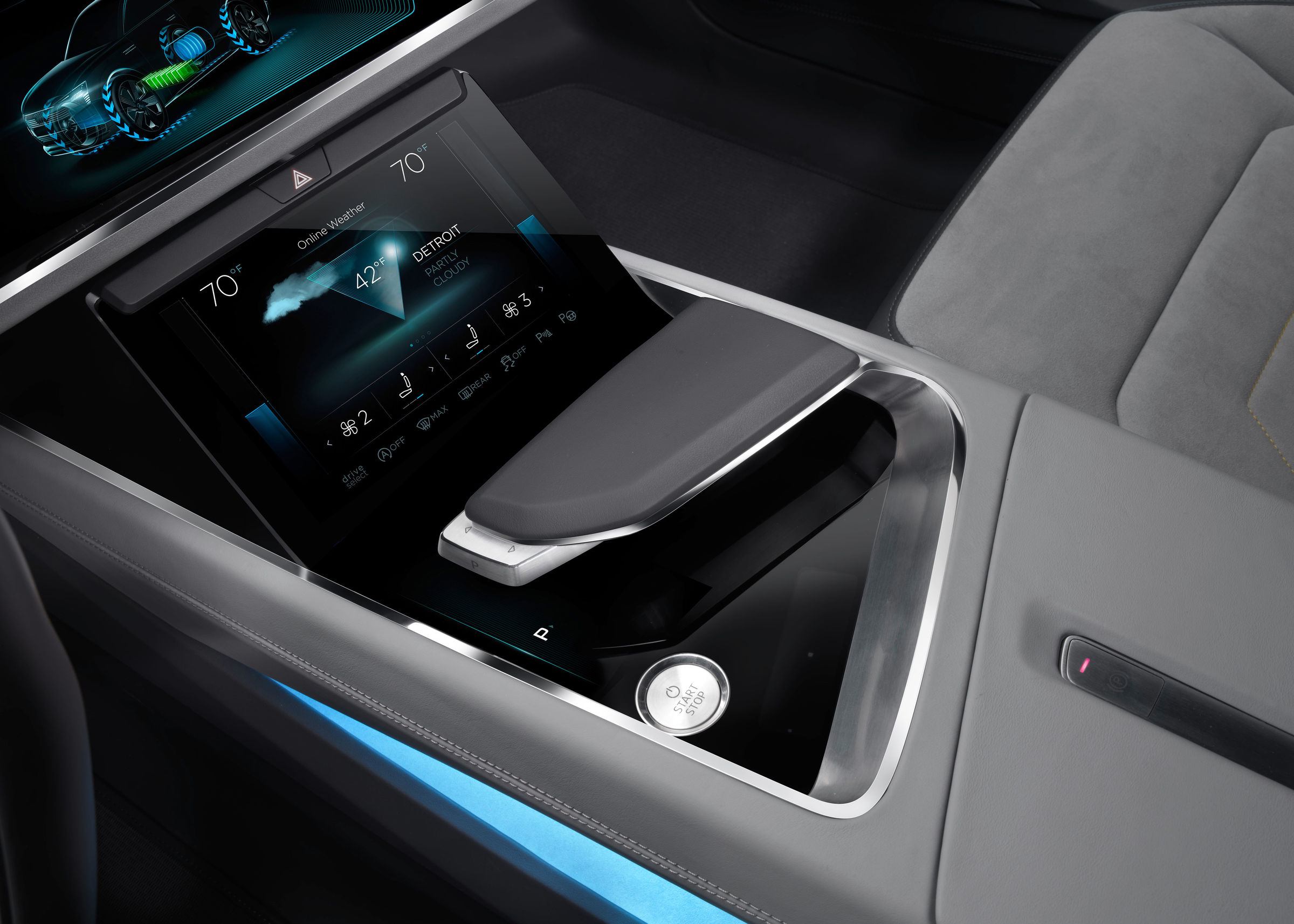 The operating and display concept of the Audi h-tron quattro concept harmonizes perfectly with the sculptural, driver-oriented architecture of the cockpit, which is dominated by large OLED displays. Here Audi is continuing the line of its most recent concept studies – some details will make their way into production vehicles in the foreseeable future.

The middle of the three displays in front of the driver is the new Audi virtual cockpit curved OLED, a free-standing, thin OLED display with a narrow aluminum clip and a gently curving surface that renders all displays very easy to see. Its free-form shape transcends the hitherto customary rectangular format, all thanks to OLED technology with its wafer-thin films. Animated graphics give the two‑dimensional displays a 3D look. In the main menu the Audi virtual cockpit curved OLED shows the speed, the fuel level of the hydrogen tanks and the range.

On the left and right below the Audi virtual cockpit curved OLED, there are two touch displays. The left display enables the driver to control the lighting functions and the systems for piloted driving. The 14‑inch display on the right is asymmetrical, just like the instrument cluster. It is used to control media lists and navigation maps, and shows the h-tron-specific operating status.

Two further displays are located on the center console. One is fitted flush with the console and displays the selected drive status. The front display, which is curved upward, offers gesture controls and visualizes the climate control system, which is operated using virtual sliders. The driver can also use it to call up information such as weather, appointments or addresses using freely assignable preset buttons.

There are also two displays, again with gently curving surfaces, in the front section of the doors. These serve as digital exterior mirrors. Their specially processed camera image is bright even in poor light conditions, offers high contrast and is glare-free. Their position in the doors is ergonomically optimized, thus improving safety.

The operating concept of the Audi h-tron quattro concept makes it possible to manage a wide range of functions via the flat-bottomed, highly dished steering wheel. Its horizontal spokes feature touch surfaces, with fine contours in the glass acting as guides for the thumbs. Each input is followed by a gentle vibration to provide haptic confirmation. The flat, wide selector lever on the center console incorporates a button for the driving programs on its left side.