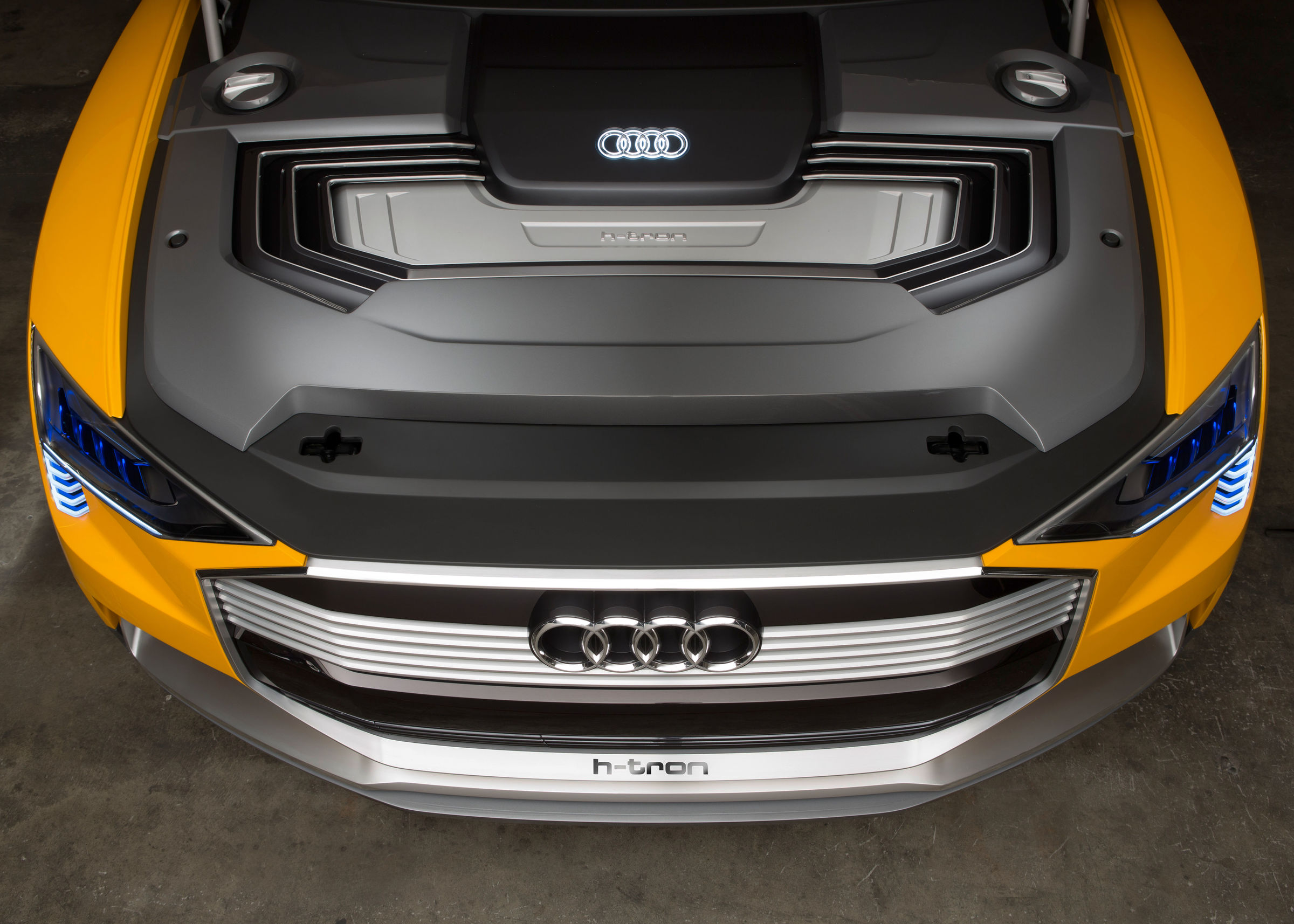 In the concept car, the fuel cell is installed in the forward structure. Its 330 cells form what is known as a “stack.” Depending on the load point it operates in the voltage range of 220 to 280 volts. The core of each cell is a polymer membrane. On either side there are electrodes coated with a platinum-based catalyst. Hydrogen is supplied to the anode, where it is broken down by the catalyst into protons and electrons. The protons diffuse through the membrane to the cathode, where they react at the catalyst with oxygen from the air and the electrons to form water vapor (the membrane is only permeable for protons, not for electrons).

The Audi h-tron quattro concept demonstrates the fifth generation of fuel cell technology from Audi and Volkswagen. The focus is on new materials for the diaphragms and the bipolar plates that guide the gases in the stack while keeping the cells separate. They help to make the entire unit lighter, smaller, stronger and also more economical, especially as the content of the precious metal platinum has been reduced. The operating life and responsiveness are improved, and hydrogen consumption is cut. The fuel cell now achieves an efficiency of 60 percent, far more than that of a combustion engine.

The fifth-generation fuel cell technology operates at a temperature level of up to 95 degrees Celsius, an increase of 15 degrees compared with the previous generation. A high-efficiency heat pump that absorbs the waste heat from the electrical components and a thermoelectric auxiliary heating element maintain pleasant temperatures inside the car. The car starts with ease at down to minus 28 degrees Celsius.