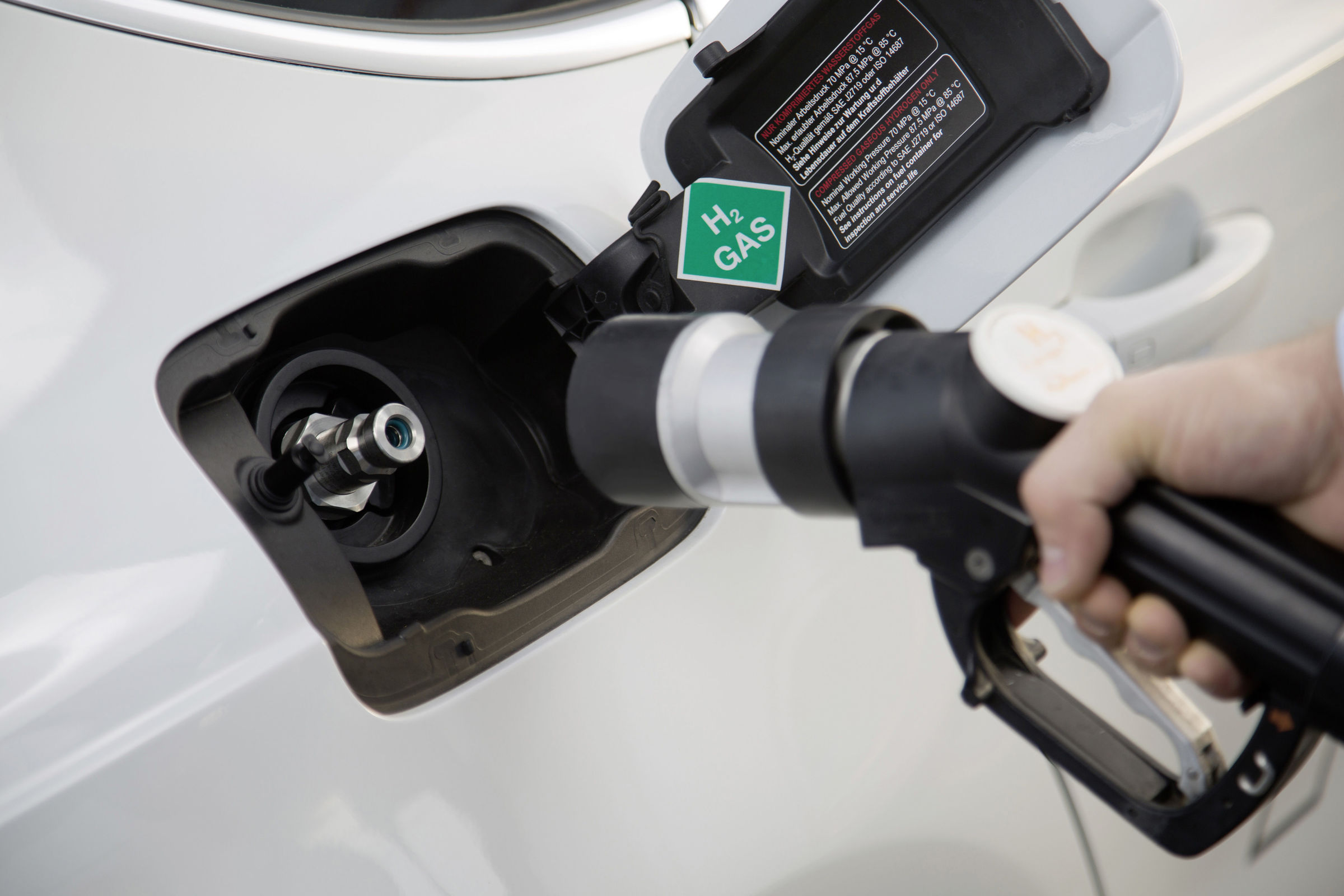 Like on a car with combustion engine, refueling with hydrogen takes about four minutes. The three high-tech tanks communicate with the refueling system by infrared interface and equalize the pressure and temperature levels. The stainless steel hydrogen tank cap is located on the front right wing of the sporty SUV; its flap opens electrically.


The hydrogen tanks of the Audi h-tron quattro concept differ in size. The front one is installed longitudinally beneath the center console, and the two other tanks transversely beneath the rear seats and luggage compartment respectively. Together with the battery, they are secured to a structural frame. Neither on the fuel cell drive version nor on its purely battery-powered sister model the Audi e-tron quattro concept do the tanks impinge on the interior. This demonstrates the versatility of the new MLB evo platform.

Every tank is made up of several layers – the inner tank from gas-tight polyamide is wrapped in carbon fiber reinforced polymer (CFRP) and glass fiber reinforced polymer (GFRP). Between them, the three tanks can store about six kilograms (13.2 lb) of hydrogen at a pressure of 700 bar, sufficient for a range of up to 600 kilometers (372.8 mi). According to the New European Driving Cycle, fuel consumption is only around one kilogram (2.2 lb) of hydrogen per 100 kilometers (62.1 mi) – an amount with an energy content equivalent to about four liters (1.1 US gal) of gasoline. Because the exhaust system carries only water vapor, it is made from lightweight polymer; in cold weather, a little water may trickle out of the tailpipes, just as with a cold combustion engine.