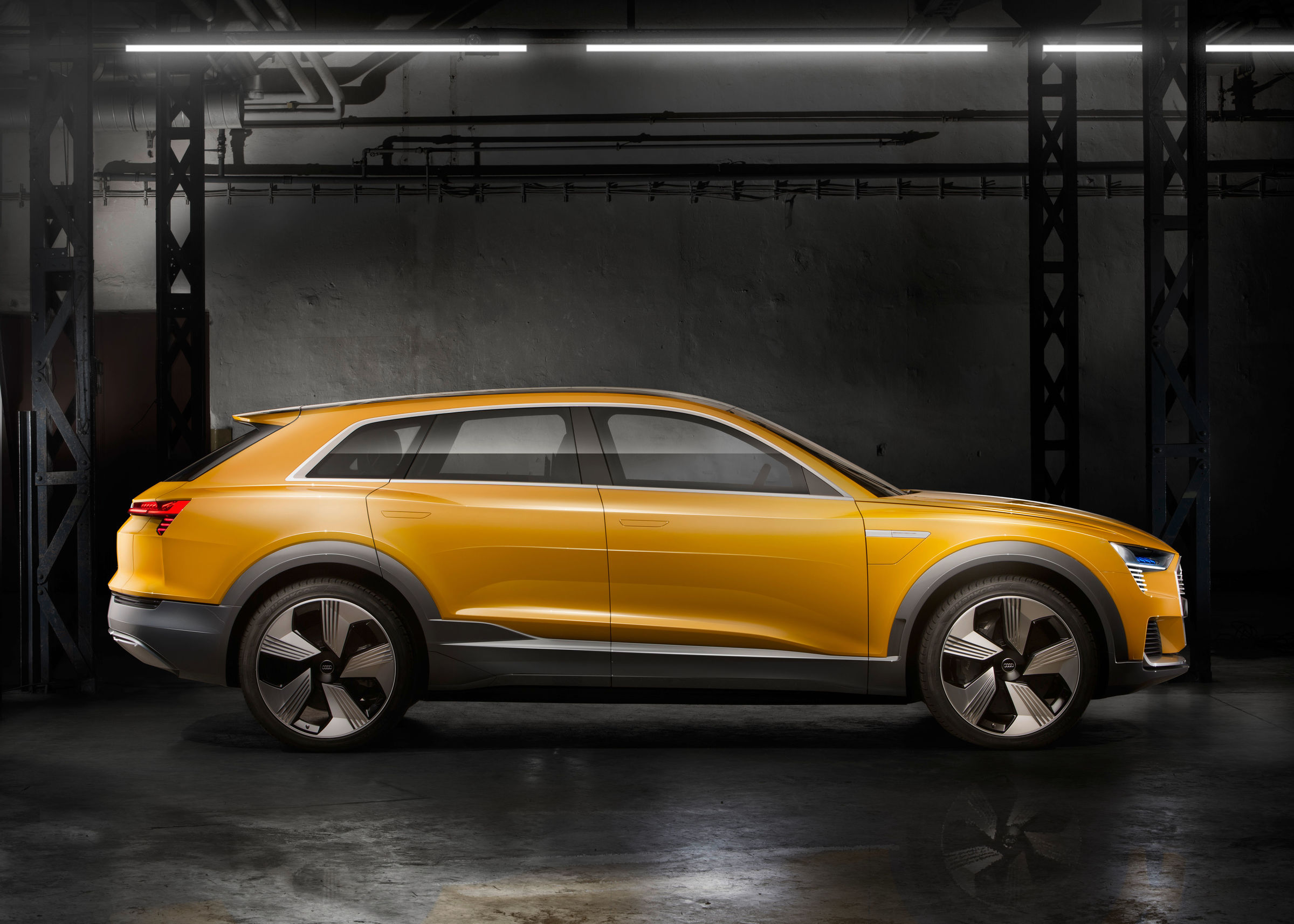 The side view, too, expresses the character of the concept car. The flowing shoulder line forms distinctive blister contours above the aerodynamically optimized wheels in a nod to Audi’s quattro genes. Between the shoulder line and the greenhouse, there is a striking small-radius fillet that extends visually around the entire body. The door handles recessed into the body lie below the shoulder line. They extend outward electrically when touched.

Small cameras take the place of the exterior mirrors – this is a near-production technology from Audi that offers other advantages in addition to improved aerodynamics and aeroacoustics: it eliminates the blind spot of physical exterior mirrors. Even on tight bends such as hairpin turns on a mountain pass, the view diagonally to the front remains unobstructed.

The wheel arches have wide wheel panels that visually shrink the amount of paneling down the flanks and emphasize the robust character of the Audi h-tron quattro concept. The same applies to the angular side sills. They incorporate a light strip in Matrix LED technology that offers additional new functions: It emits white light when the driver approaches the technology study bearing the remote control key. This “lightway” dynamically adjusts to the position of the driver and accompanies them until they get in. A similar scenario plays out when exiting the vehicle. Two blue horizontal lines light up as distinguishing features during piloted driving.

The side walls end at the rear of the vehicle in vertical separating edges, at which the air flowing around the vehicle separates cleanly. Compact electric motors in the side sills are activated at higher speeds. These force the rear segments of the strips 50 millimeters (2.0 in) outward like a funnel so that the air is directed past the rear wheels.