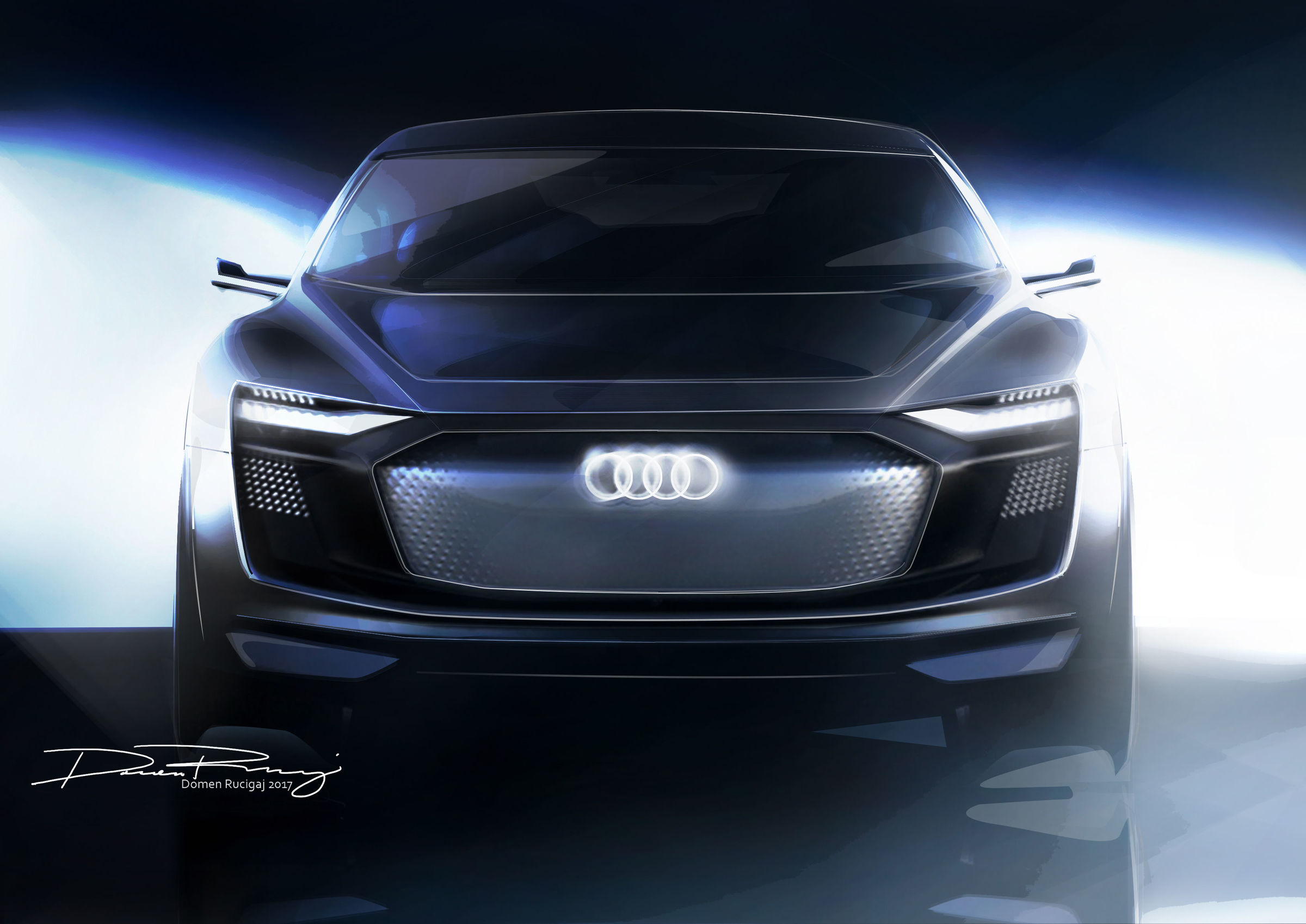 Audi opens another chapter of innovations in automotive lighting technology with the e-tron Sportback concept. The brand with the four rings was the first in the world to adopt full LED headlights, and gave Matrix LED technology, laser lighting and OLED technology a significant push towards their breakthrough. The technology study for Shanghai now premieres a whole host of complex functions that steer vision and interaction with the surroundings in a new direction.

Narrow light strips on both sides below the front lid – the daytime running lights – become the eyes on the face of the study. Thanks to a combination of LEDs and a micromirror-studded surface plus complex control technology, a large number of animated movements and signatures are possible. When the e-tron Sportback starts and also when the doors are opened, the system uses switchable segments to generate dynamic visual welcome signals.

In their basic setting the daytime running lights reveal two rows of finely structured illuminated segments that lend the smooth surface conspicuous three-dimensionality – this is the signature of the e-tron Sportback.

The design of the brand logos at the center of the Singleframe and on the rear is no less striking. The four rings, too, are illuminated and appear to float on the dark background. The rear illuminated rings emblem acts as a third brake light.

Below the daytime running lights, to the left and right of the Singleframe, there are two large-area light fields each comprising an arrangement of around 250 LEDs. They offer a vast array of possibilities for creating engaging graphics or specific communicative signs, even while on the move.

Another highlight is the two projection modules – by the name of Digital Matrix Light (DML) – which are integrated into the car’s front end below the LED fields. These light units, ultra-high resolution laser projectors each with more than 1.3 million pixels, serve as the driving lights and high beams. Oncoming road users can be precisely masked out of the light cone and are not dazzled.

A new solution: In narrow passages, the road width required for the car can be projected precisely onto the road by the headlight cone. In construction zones, for example, this helps the driver to spot in advance if they are at risk of drifting out of line – a clear gain in terms of active road safety.

The laser projectors can also cast signs on the road surface – such as a zebra crossing pattern if the driver stops to allow a pedestrian to cross the road. Numbers and letters, too, can be produced and animated – enabling graphic-verbal communication with the world outside.

LEDs are also used in the large-area rear lights; their characteristic light strip with aluminum edging accentuates the vehicle body’s width and dynamism. External lighting elements that appear to float introduce the typical e-tron signature into the tail lights. Audi’s typical wipe-action turn signals that perform a wiping movement from the inside outwards are also a feature of the rear end. Digital matrix light allows the signaling effect to be markedly intensified, for instance in an emergency brake application.

There are small matrix laser projectors on all four edges of the vehicle. These are trained on the road surface, so they can add an extra dimension to dynamic signals such as the wipe-action turn signals, sending out a clear message to other road users. Audi thus yet again steps into the role of lighting pioneer with the e-tron Sportback and demonstrates how effectively improvements to traffic safety can be combined with trendsetting design.