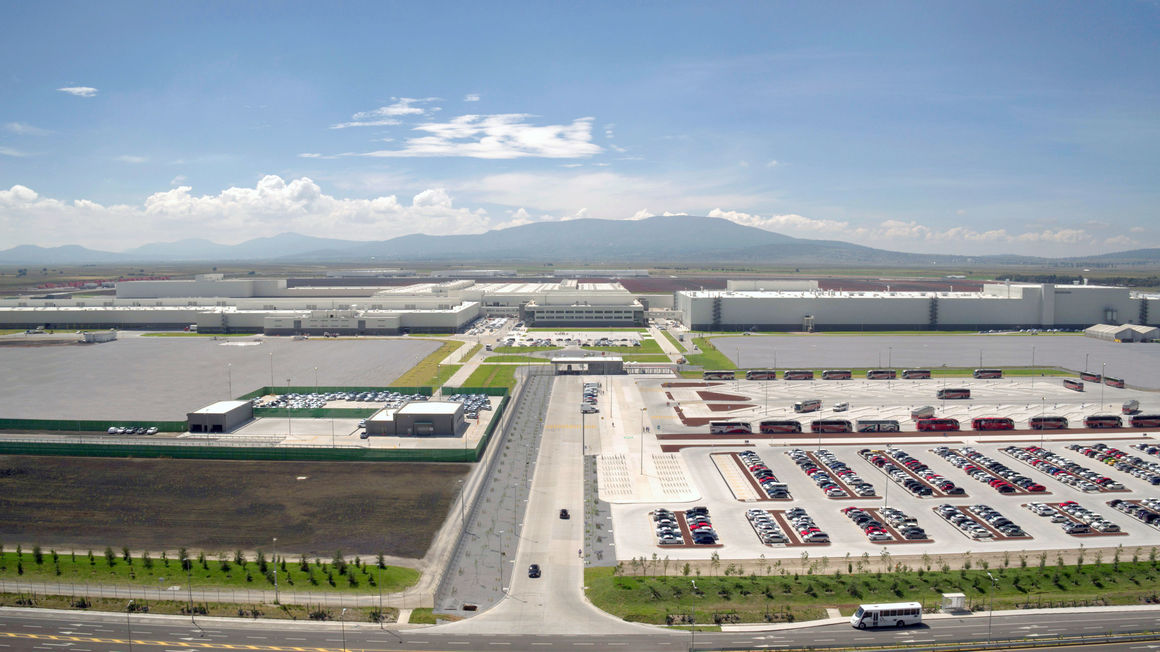 Only one year after its opening, the young Mexican Audi plant was among the most attractive employers in the country. 5,360 people work together on the San José Chiapa site, which measures 400 hectares (988.4 acres). 173,734 Q5 were locally manufactured here in 2018.