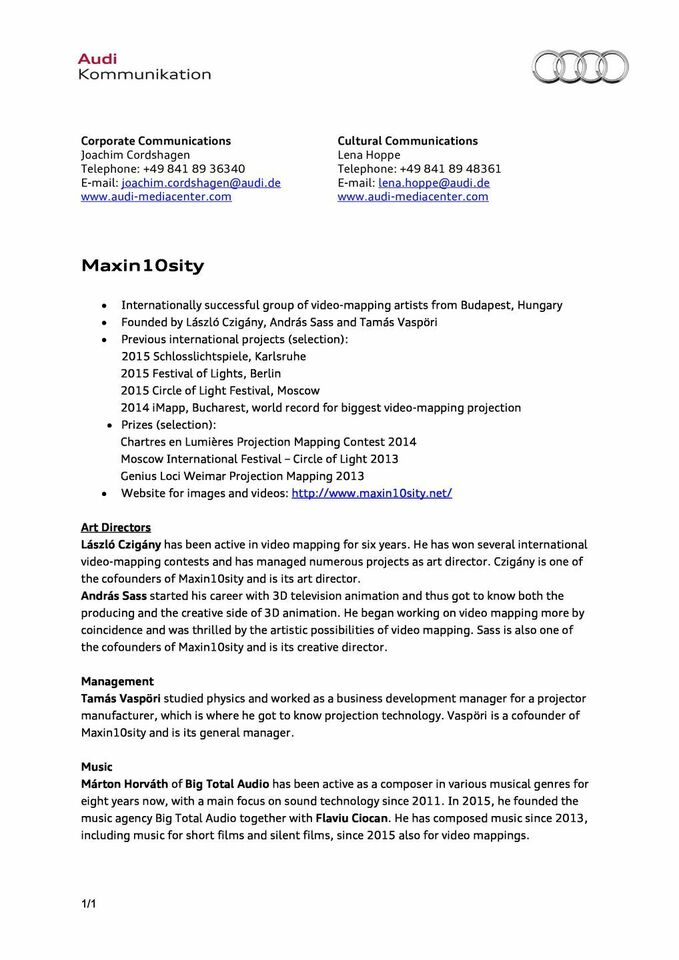 László Czigány has been active in video mapping for six years. He has won several international video-mapping contests and has managed numerous projects as art director. Czigány is one of the cofounders of Maxin10sity and is its art director.

András Sass started his career with 3D television animation and thus got to know both the producing and the creative side of 3D animation. He began working on video mapping more by coincidence and was thrilled by the artistic possibilities of video mapping. Sass is also one of the cofounders of Maxin10sity and is its creative director.

Tamás Vaspöri studied physics and worked as a business development manager for a projector manufacturer, which is where he got to know projection technology. Vaspöri is a cofounder of Maxin10sity and is its general manager.

Márton Horváth of Big Total Audio has been active as a composer in various musical genres for eight years now, with a main focus on sound technology since 2011. In 2015, he founded the music agency Big Total Audio together with Flaviu Ciocan. Hehas composed music since 2013, including music for short films and silent films, since 2015 also for video mappings.