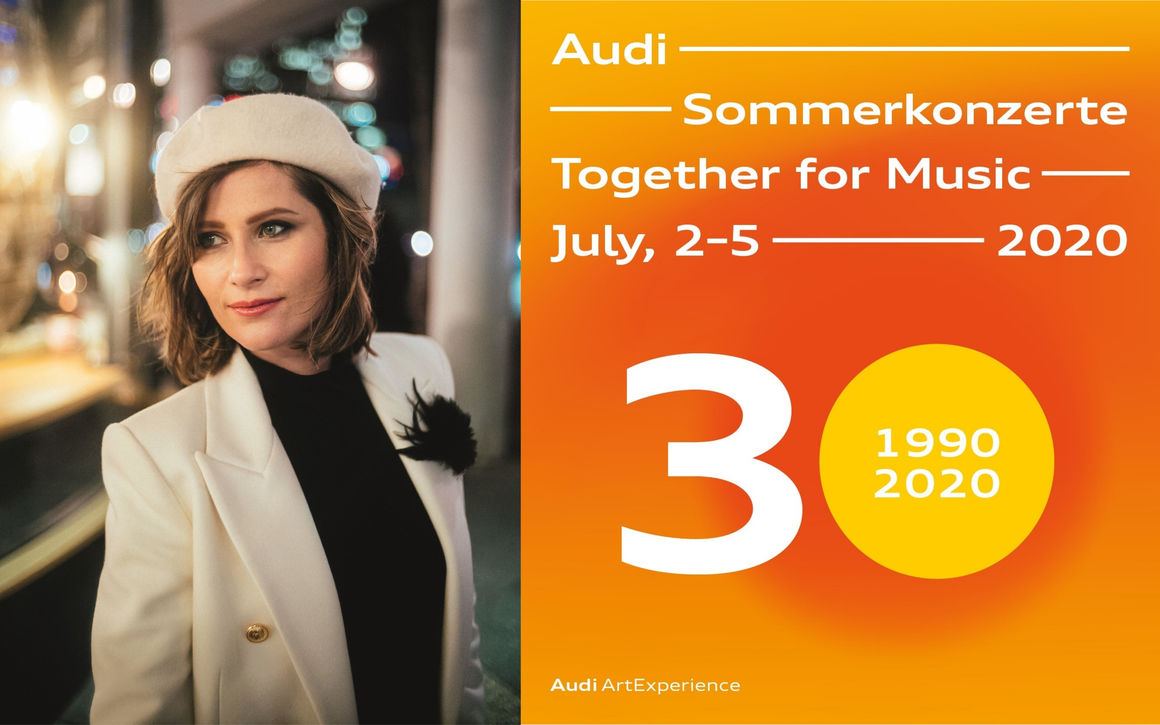 A festival that draws people together and surprises them, with lively concerts and world-class artists – this is what the Audi Summer Concerts are about. 2019 & 2020 bear the creative signature of Lisa Batiashvili. In the second year of her collaboration with Audi she has chosen “Lights of Europe” as the motto for the festival, casting radiant light on the music and the artists in 2020, the 250th anniversary of Beethoven’s birth.

“Europe is not only the cradle of classical music, but also a place that is recreated again and again through the peaceful interaction of varied cultures.” Artists from all parts of Europe and the world are following the invitation of the star violinist Batiashvili to come to Ingolstadt and – at the same time as the European football championships – to celebrate with great zest for play and experimentation a festival of diversity.

Since its foundation, this festival of classics has attracted more than quarter of a million people to its concerts. The highlight of the 25th anniversary in 2015 was a concert in a factory hall at Audi. From 2014 until 2016 Kent Nagano was the artistic director of the “Vorsprung Festival”, part of the Audi Summer Concerts. In 2019 & 2020 Lisa Batiashvili is the artistic director with responsibility for the entire festival program.

The festival follows its leitmotifs of getting closer to people with music, providing new impulses and delighting audiences with high-caliber artists. The involvement of the Audi Youth Choir Academy, the Audi Wind Philharmonic and the Ingolstadt Georgian Chamber Orchestra has been a fixture for many years.