With Audi Tradition on the 2019 Classic Car Tour 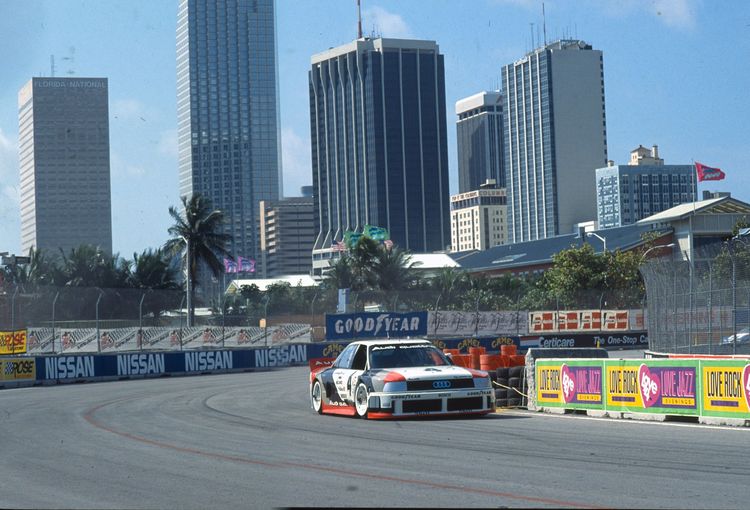 This year too Audi Tradition will be taking part in more than a dozen events within and outside Germany, to celebrate many an anniversary. Exactly 70 years ago, the predecessor of Audi, Auto Union GmbH, was established in Ingolstadt. Classics in the event calendar are the Goodwood Festival of Speed, Classic Days at Castle Dyck and the Donau Classic, this year featuring the DKW Schnellaster, the first automobile to be produced in Ingolstadt.

Even if Audi Tradition will be entering a car in the Retro Classic in Stuttgart (March 7 – 10), the "Techno Classica" classic car show in Essen (April 10 – 14) will still provide the traditionally spectacular kick-off of the year's program. Audi Tradition will be on hand at the world's largest exhibition of historical automobiles, albeit this year for the first time from the new Hall 4. Audi will be appearing at the car show under the slogan: "Space Miracle – from the Schnellaster to the Avant". At the center of attention will be station wagons from the greatest variety of periods in the company's history.

At the end of the Second World War, Auto Union appeared to be dead. Expropriated by the Soviet occupying power in its original base of Saxony, and removed from the Chemnitz Commercial Register in 1948, the company seemingly no longer had a future. Nevertheless, that future would continue in the US occupation zone. Re-established in 1949 with modest beginnings in former military buildings in Upper-Bavarian Ingolstadt, Auto Union GmbH developed within 70 years to become AUDI AG – an anniversary that Audi Tradition will be celebrating at the Classic Days at Castle Dyck and at its home event, the Donau Classic. The first products of 1949 were the DKW Schnellaster and the DKW RT 125 W motorcycle, with "W" standing for West. The Schnellasters will be running at the Donau Classic (June 27 – 29), while an RT 125 W will also be on hand at Castle Dyck (August 2 – 4).

A classic in the annual event calendar is the Goodwood Festival of Speed in England. Thirty years ago, in 1989, Audi entered an Audi 90 in the US IMSA GTO Series – one of the most spectacular cars that Audi has ever set loose on the asphalt. The celebrated Audi 90 IMSA GTO will start in Goodwood together with its predecessor, the Audi 200 quattro Trans Am, and a restored DKW UL 500 motorcycle.

Other classics among the Audi Tradition events this year are the Heidelberg Historic (July 11 – 13) and the Sachsen Classic (August 22 – 24). The brand with the four rings will also be showing its true colors at Bodensee Klassik (May 2 – 4) and the Sauerland Klassik (October 2 – 5). For the first time, Audi Tradition will be participating in the Zoute Grand Prix in Belgian Knokke (October 10 – 13) and at the Kampenwand Historic motorcycle event in Aschau (July 13 – 14). The model car collector's markets at the Audi Forums in Neckarsulm (November 3) and Ingolstadt (December 1) will round out the season.