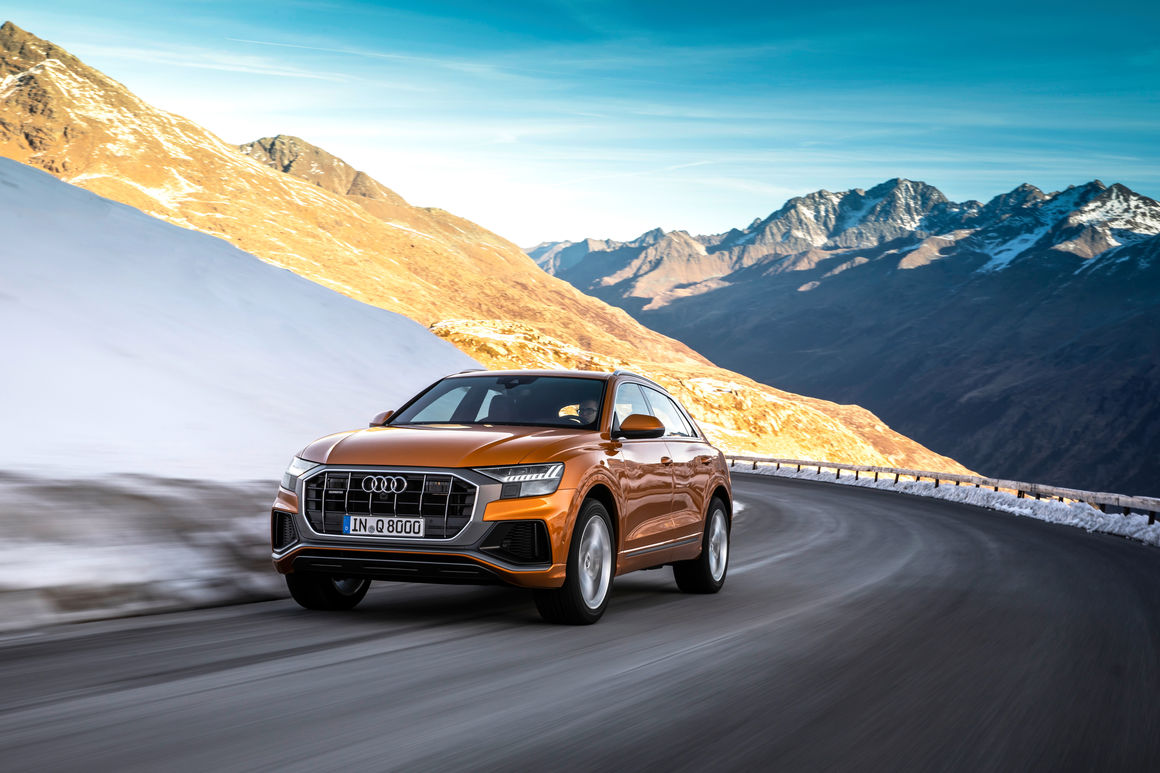 Audi is expanding the engine line-up for its luxury SUV, the Q8, by adding two V6 engine versions. Beginning now, customers can also order the Q family’s top model with a powerful 3.0 TFSI and an additional variant of the 3.0 TDI.

The Audi Q8 brings together the best of both worlds – the elegance of a four-door luxury coupe and the practical talents of a SUV. The generously dimensioned interior with variable luggage compartment, state-of-the-art operating and suspension technologies as well as intelligent assist systems make it a composed companion for business and leisure. Now, the large SUV coupe appeals to an even broader range of customers thanks to two new engine versions.

All engines in the Audi Q8 work in conjunction with the mild hybrid system, which can reduce consumption by up to 0.7 liters per 100 kilometers in customer operation. Its most important components are a lithium-ion battery and a belt alternator starter (BAS) that supplies the 48 V main electrical system of the SUV coupe with electricity. When decelerating, the BAS enables up to 12 kW of energy to be recovered and feeds this into the battery. At speeds between 55 and 160 km/h (34.2 and 99.4 mph), the Q8 can coast for up to 40 seconds with the engine switched off when the driver lets off the accelerator. The BAS then restarts the six-cylinder quickly and very smoothly. The start-stop range begins at 22 km/h (13.7 mph).

An eight-speed tiptronic and the quattro permanent all-wheel drive also take care of power transfer in the new engine versions. Both Q8 variants are fitted with 19-inch wheels with 265/55 tires as standard. The suspension with damper control and the Audi drive select dynamic handling system are also part of the standard equipment, along with the top infotainment system MMI Navigation plus and the Audi virtual cockpit. Operation is via two touchscreen displays with haptic and acoustic feedback. The Audi Q8 55 TFSI has a list price of €76,300 in Germany, the Q8 45 TDI €73,300.