A perfect match. Stella McCartney, the world-renowned designer of sustainable fashion, meets the new, fully electric Audi e- tron GT quattro with optional leather-free interior. Experience two pioneers who are shaping the future, proving that premium and sustainability can form a promising alliance #FutureIsAnAttitude #Audi #etron #etronGT #sustainability https://at.audi/SMC -------------------- *Power consumption combined: 19.6-18.8 kWh/100km (NEDC); 21.6-19.9 kWh/100km (WLTP); CO2 emissions combined: 0 g/km. Information on fuel/electricity consumption and CO2 emissions in ranges depending on the equipment and accessories of the car. Further information on official fuel consumption figures and the official specific CO₂ emissions of new passenger cars can be found in the “Guide on the fuel economy, CO₂ emissions and power consumption of new passenger car models”, which is available free of charge at all sales dealerships and from DAT Deutsche Automobil Treuhand GmbH, Hellmuth-Hirth-Str. 1, D-73760 Ostfildern, Germany and at www.dat.de.
YouTube 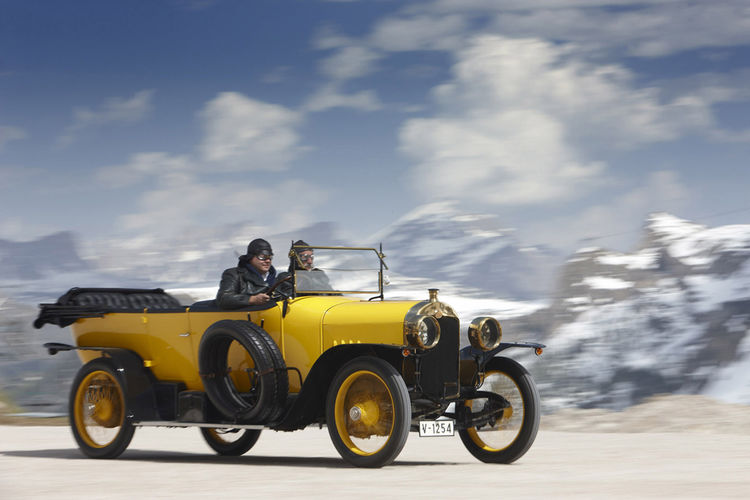 Audi Tradition is celebrating three major anniversaries at the Festival of Speed from June 27 to 29, 2014 in Goodwood and, to mark all three occasions, is bringing three iconic motor racing vehicles from Audi’s past to England: The Audi Type C “Alpine Victor” secured the first motor racing triumph. 100 years ago the 35 hp open-topped touring car won the International Austrian Alpine Trial. 80 years ago, the Auto Union Silver Arrow models made their racing debut, which Audi Tradition commemorates by showing the Auto Union Type C racing car from 1936. The trio is completed by the Audi 90 quattro IMSA-GTO, which was entered in the North American race series 25 years ago. Le Mans winners Frank Biela and André Lotterer will be driving for Audi Tradition.

Each year, the world’s biggest event in historic motorsport attracts some 160,000 visitors from all over the world. Audi Tradition is featuring the Audi Type C “Alpine Victor” for the first time at the Festival of Speed. When founder August Horch left the Horch company in 1909, he established a new enterprise in the very same year and named it Audi – the Latin translation of his surname, which means “Hark!” August Horch’s third Audi model, the Type C, was unveiled in 1911 and considered to be one of his best and most mature designs. The “Type C” truly proved its mettle when it won one of the toughest motor sport endurance races of that era – the Austrian Alpine Trial – three times in succession between 1912 and 1914.

The Auto Union Type C from 1936 is a familiar face at the Goodwood Festival of Speed. This racing car, in which Bernd Rosemeyer dominated European racing circuits in 1936, is a real favorite with the crowds in England. In 1937, Bernd Rosemeyer drove it to victory in the first Grand Prix to be held at Donington Park. The Type C’s 520 hp and 16 cylinders turn hundreds of heads the moment this car’s engine is started. This year it will be driven by five-time Le Mans winner Frank Biela, who is inseparably associated with Audi’s racing achievements. “Driving at Goodwood is always a special experience. I’m really looking forward to the Auto Union Silver Arrow,” remarked Biela.

Having pulled out of rally competition and switched to the racetrack, in 1988 Audi returned to the international arena: The Ingolstadt carmaker created a real stir in the American TransAm Championship with an Audi 200 quattro. The next year it stayed in North America and entered the GTO category of the IMSA Series for the first time in 1989. The Audi 90 quattro IMSA-GTO, in which Hans-Joachim Stuck finished as runner-up in the World Championship, developed 720 hp. Three-time Le Mans winner André Lotterer will be sitting behind the wheel of the Audi 90 quattro IMSA GTO at the Festival of Speed. “I really can’t wait. I just love Audi racing cars from the 1980s,” declared Lotterer.