Successful start to the season for Audi in New Zealand 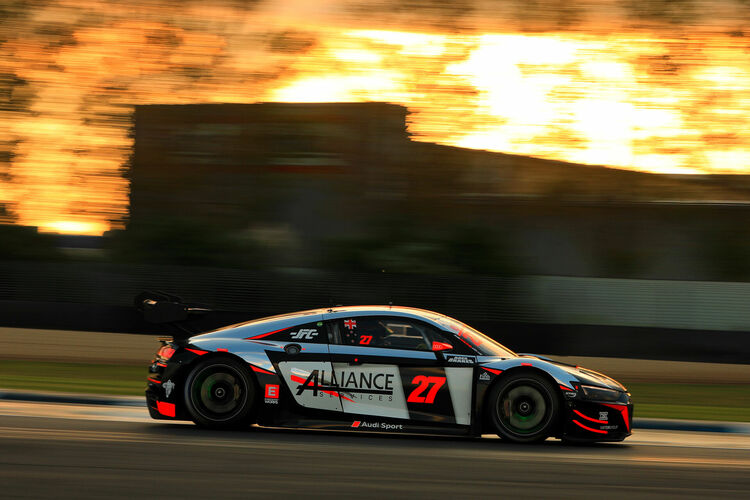 Opening victory in New Zealand: Andrew Waite and Sam Fillmore prevailed at the season opener of the North Island Endurance Series in New Zealand. On the Pukekohe circuit, former single-seater driver Waite and his gentleman driver teammate Fillmore clinched the first victory of the season in the Audi R8 LMS in the three-hour race. The duo had a 1.6-second lead over their pursuers Ant Pedersen/Paul Pedersen in a Mercedes-AMG after 163 laps on the fast track south of Auckland. After the first of three endurance events, Andrew Waite and Sam Fillmore for Team International Motorsport (IMS) lead the standings by five points. The Audi customer team IMS had already won a comparative competition between the North and South Island – the New Zealand Endurance Championship – with a different driver line-up in April.

Podium result after strong recovery: Car Collection Motorsport managed a podium finish with the Audi R8 LMS at the Nürburgring Qualifiers in preparation for the 24-hour race against strong competition. Audi Sport drivers Christopher Mies and Mattia Drudi as well as their fellow competitor Patrick Kolb in car number #24 fought a thrilling battle with car number #22 until the very end. This car from the same team was shared by Audi Sport drivers Christopher Haase and Patric Niederhauser. Both driver teams worked their way forward from grid positions eleven (#24) and 14 (#22) in the course of the three-hour race on the Nordschleife. On the final lap, Mies overtook the sister car on the Döttinger Höhe and finished third – just under 1.6 seconds behind the second-placed BMW and half a second ahead of his teammates. However, the sporting action took a back seat when a fatality occurred shortly after the end of the race. A marshall had collapsed during clean-up work in the closing stages of the competition and could not be saved despite reanimation measures.

Second place in Great Britain: Team Steller Motorsport went through ups and downs on the second weekend of the British GT at Silverstone. Sennan Fielding scored the second pole position in his class this year in the Audi R8 LMS GT4 before a turbulent three-hour race began. Shortly after the start, an Aston Martin collided with the Audi, resulting in a spin for Sennan Fielding and a ten-second penalty for his opponent. Steller Motorsport adjusted its strategy, refueling less and allowing Fielding and teammate Richard Williams to run shorter stints. As a result, they caught up thanks to their better lap times and moved up to third position. After a penalty for a BMW team, the Audi privateers were handed second place in the final classification.

First victory for new Audi RS 3 LMS in TCR Italy: On just the second race weekend, the customer-run Audi RS 3 LMS gen II clinched its first victory of the season in TCR Italy. In the race series with an outstanding field of 30 entrants, Gil Rubén Fernàndez started the second sprint at Imola from pole position. While the first days of the event were rainy and the sky overcast, the Auto Club RC2 Valles team had worked out a perfect set-up of the Audi for the dry and sunny race Sunday. Fernàndez led from the start, but had to concede the lead to Michele Imberti after a small mistake on lap 5. After a safety car period the Audi privateer overtook the car in front of him again on lap 10. In the end, he clinched his first victory of the season with a lead of just under half a second over Imberti in a Hyundai. As a result, Gil Rubén Fernàndez improved from twelfth to fifth place in the standings.

Driver squad announced: Audi Sport customer racing Asia enters the 2022 Asian motorsport season with five race drivers. Cheng Congfu, last year’s China GT Champion, two-time Thailand Super Series Champion Sandy Stuvik and long-time Audi driver Shaun Thong form the core team. The two young drivers Yu Kuai and Cao Zhuo, who are being promoted in the new Audi Sport Asia Junior Programme, complete the lineup. “Since 2018, the Audi Sport Asia Driver pool has been utilized by our customers and teams in Asia to bolster their championship bids across the region,” said Alexander Blackie, Manager of Audi Sport customer racing Asia. “With seasoned championship winners Cheng Congfu, Shaun Thong and Sandy Stuvik, joined by our impressive juniors Yu Kuai and Cao Zhuo, we believe we have equipped ourselves and our customers very well for the various title assaults in the season ahead.” Audi Sport customer racing Asia will determine the individual programs for each of its drivers at a later date.