Start of production of the Audi e-tron 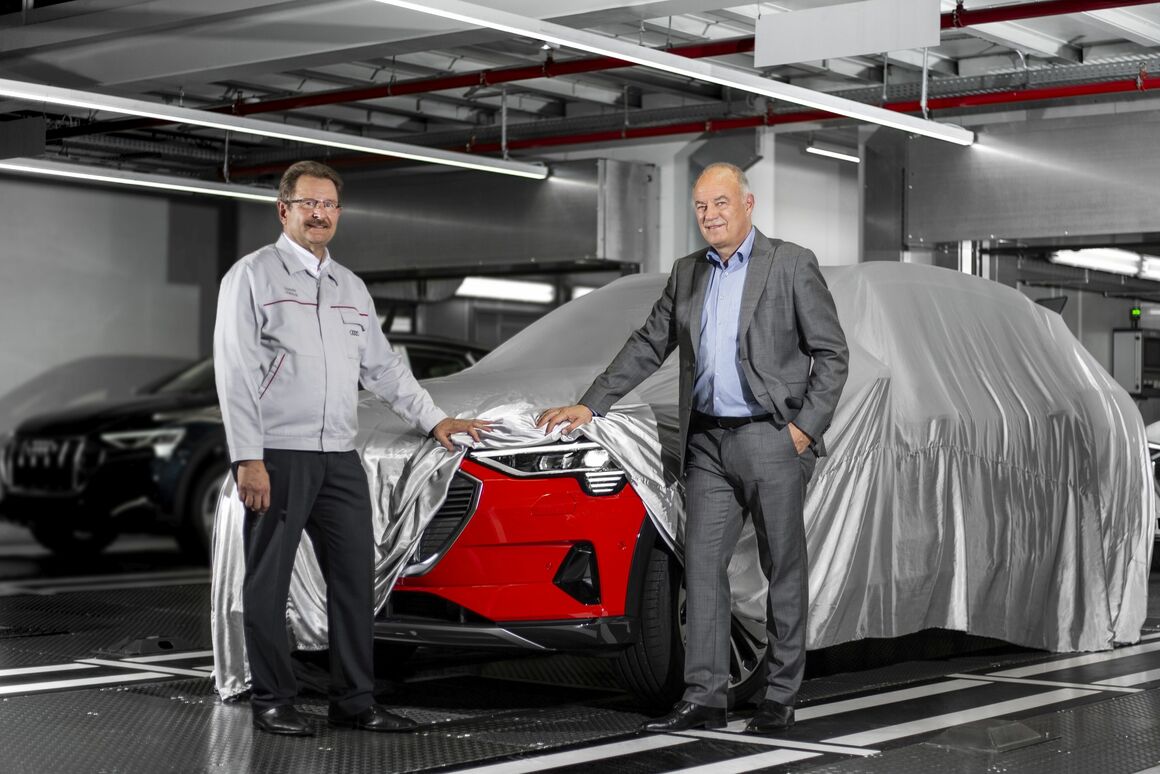 Peter Kössler, Board of Management Member for Production and Logistics at AUDI AG and Chairman of the Board of Directors of Audi Brussels (on the right), peers the first Audi e-tron models from series production. He is accompanied by Patrick Danau, Managing Director of Audi Brussels.
Download PDF (84.1 KB)
Facebook
Twitter
LinkedIn
WhatsApp

Audi starts into the future: This Monday, Audi Brussels begins mass production of the Audi e-tron. The brand’s first all-electric SUV has a range suitable for everyday use. With a charging capacity of up to 150 kW at quick-charging stations, it is ready for the next long-distance stage in about 30 minutes. Audi will present the unveiled electric car for the first time at its world premiere in San Francisco on September 17.

Catalunya Red and ready for the road: Audi Board of Management Member for Production, Peter Kössler, and Patrick Danau, Managing Director of Audi Brussels, could not resist watching the first Audi e-tron models driving silently off the assembly. “The Audi e-tron is a genuine pioneer,” stated Peter Kössler, Member of the Board of Management for Production and Logistics at AUDI AG. “It features innovative technologies such as virtual exterior mirrors and combines traditional Audi qualities in handling and dynamics with technical Vorsprung that goes far beyond the car. Our Brussels plant was comprehensively modernized for the production of the electric car. This is the world's first certified CO2-neutral mass production in the premium segment.” Audi Brussels offsets all emissions produced in production and at the site, primarily by using energy from renewable sources, but also through environmental projects.

“Audi built up numerous competencies in-house for the Audi e-tron and developed both the battery technology and the actual drive system itself. And employees rethought, planned and implemented many stages of production,” said Patrick Danau, Managing Director of Audi Brussels. Since summer 2016, the plant has extensively rebuilt its body shop, paint shop and assembly line step by step, and has set up its own battery production. Driverless transport systems bring the batteries for the electric cars to the assembly line just in sequence. The employees in Brussels have received more than 200,000 hours of training for the first all-electric Audi and are thus perfectly prepared for the start of production.