Secondary schools to get mini-computers:
Audi supports digital learning in the region 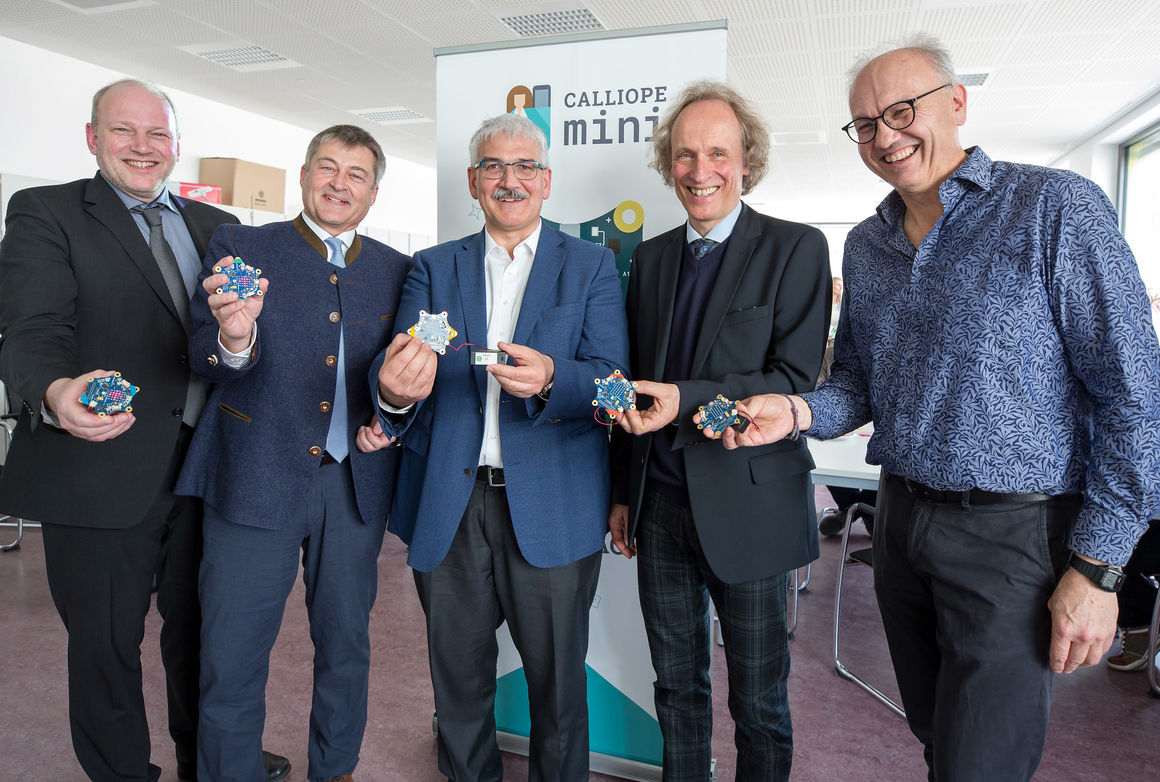 Starting in school year 2019/20, computer science will be a compulsory subject at middle schools in Bavaria. Learning to program is to be made as easy as possible for children then. In order to support the schools in the Ingolstadt region, Audi is handing over a class set of Calliope minis to each secondary school in Region 10 – the rural districts of Eichstätt, Pfaffenhofen and Neuburg/Schrobenhausen, and the city of Ingolstadt. On Wednesday, April 3, representatives from Audi, the education authorities and the city of Ingolstadt, and more than a dozen IT specialist teachers met at the Asam Middle School in Ingolstadt before the first teacher-training course began.

The brand with the Four Rings is investing a total of approximately 30,000 euros in mini-computers and thus in future-oriented education at schools near its headquarters in Ingolstadt. Audi plans to initiate Calliope projects with the secondary schools at its Neckarsulm site, too. With the small computers, school students can learn for example how to control robots and motors, program alarm systems, or create a program for an automatic bicycle rear light. The Calliope mini is a single-board computer that fits comfortably in one hand and is equipped with various sensors, colorful LEDs, buttons and a compass. It has a display and can be connected to a PC or tablet via radio, Bluetooth or USB. A simple programming language introduces the students to coding in a playful way. One class set consists of 25 Calliope minis, which are worth 750 euros. Wendelin Göbel, Member of the Board of Management of AUDI AG responsible for Human Resources: “Only those who engage with digitalization can help shape the world of tomorrow. With the Calliope mini, children are given playful access to programming at an early age, thus attaining core competencies for the digital world.” Gabriel Engert, Culture Officer of the City of Ingolstadt, added: “We say ‘Thank you Audi.’ This will bring modern digital technology to the region’s schools. It’s good that Audi is taking responsibility for our children and society.”