Readers’ choice “All-wheel-drive car of the year 2019”: Audi wins in four out of ten categories 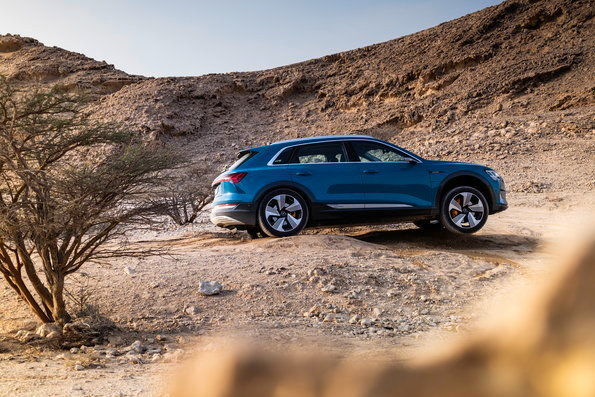 Audi celebrated a resounding success as part of the readers’ choice “All-wheel-drive car of the year 2019” awards: The Q2, Q5, A6 allroad quattro* and the all-electric powered Audi e-tron* models won in their respective class, making Audi the most successful brand among the competition.

“We’re delighted with the four awards because they are testimony to our quattro expertise which we’ve built up over many years,” explained Hans-Joachim Rothenpieler, Audi Board of Management Member for Technical Development. “We’re particularly proud of the award for the Audi e-tron. Our all-electric powered SUV has taken all-wheel drive into the electric era, setting new standards in terms of handling, traction and safety in the process.”

As part of the readers’ choice “All-wheel-drive car of the year 2019” awards, the lineup put together by editors from “AUTO BILD Allrad” magazine included 211 models from 43 brands in ten categories. Readers could cast a vote for their favorite in each vehicle category. In the “Off-roader and SUV up to 35,000 euros” category the Audi Q2 scored 8.5 percent to come out on top of the field of 34 rivals. As such, this was the most fiercely competitive category. 29 models featured in the next-largest category from 35,000 to 50,000 euros. Here the Audi Q5 won with 6.7 percent of the readers’ votes.

The Audi A6 allroad quattro* was almost two percent ahead of the second-placed car in the “All-Wheel Crossover” category. A full 13.99 percent of the cast votes went to the brand’s popular allroad model. The Audi e-tron* enjoyed an equally comfortable victory in the “All‑Wheel Hybrids and Electric” category, beating 24 competitors with 8.65 percent of the readers’ votes.

The sporty full-size SUV is powered by an electric motor on each axle, providing the ideal power source for the high-precision, ultrafast electric all-wheel-drive system. This system ensures the continuous and fully variable regulation of the ideal distribution of drive torque between the two axles – within a fraction of a second.

In most driving situations, the Audi e-tron mainly uses its rear electric motor in order to achieve maximum efficiency. Where necessary, the electric quattro shifts torque to the front axle. The dynamic talents of the electric SUV are especially apparent at low coefficients of friction, such as on snow.

“AUTO BILD Allrad” is Europe’s bestselling all-wheel-drive magazine and has been running the competition since 2002. The awards were presented at the Axel Springer Haus in Berlin. Audi has continued its success by winning in four categories of the readers’ choice awards. In the past ten years alone, the brand’s models have graced the top step of the podium 17 times, including the A6 allroad quattro on three occasions. The Q5 won one award in 2017.