{{ activeItem() }}
Twitter
06/14/21
Partners for change. By bringing together innovative thinkers like our partners at @everwave2020, the Audi Environm… https://t.co/AltkyIYFII
06/14/21
How can technology benefit our environment? We'll showcase the projects we're involved with at this year's… https://t.co/PpytB5udD1
06/13/21
With over 14,000 direct suppliers in about 60 countries, we aim to enable the identification of CO2 reduction poten… https://t.co/NBYRh8zesb
06/12/21
Mission:Zero. With Audi production sites in Brussels, Györ and Böllinger Höfe already carbon-neutral on balance, we… https://t.co/Nf5Oolocro
Audi on Twitter
YouTube
06/07/21

Changing the fashion world. Designer, Stella McCartney, is working every day to try and create a more sustainable future. From inspiration to sourcing to production - nature is at the core of everything she does. Combining technology and creativity to create magic. #Audi #FutureIsAnAttitude #DesignShanghai #DesignShanghai2021 #ExperienceDesign #emobility
YouTube
{{ activeItem() }}
Facebook
06/14/21
Partners with a purpose. The Audi Environmental Foundation is aiming to contribute to a more sustainable future by creating impactful collaborations with other progressive thinkers like our partners at We are everwave. Be part of sustainable progress at Greentech Festival, June 16 – 18, 2021. Discover more http://go.audi/gtf-corp-fb #Audi #Q4e-tron #FutureIsAnAttitude #emobility#CelebrateChange #greentechfestival #greentechfest
06/13/21
Proactive solutions. We rely on innovative technology to make sure that our products and services promote a more sustainable future. From enabling the identification of CO2 reduction potential along the whole supply chain to new ways of recycling or usage of AI for more transparency, we are working with over 14,000 direct suppliers in about 60 countries to achieve our vision. Be part of sustainable progress at Greentech Festival, June 16 – 18, 2021. Discover more http://go.audi/gtf-supplychain-fb #Audi #Q4e-tron #FutureIsAnAttitude #emobility#CelebrateChange #greentechfestival #greentechfest
06/12/21
On a mission. Creating progressive products for a better tomorrow calls for more sustainable solutions. While all European production sites procure 100% green electricity and Brussels, Györ and Böllinger Höfe are already carbon-neutral on balance*, our aim is for all production sites to meet this standard by 2025. Be part of sustainable progress at Greentech Festival, June 16 – 18, 2021. Discover more http://go.audi/gtf-production-fb #Audi #Q4e-tron #FutureIsAnAttitude #emobility#CelebrateChange #greentechfestival #greentechfest -------------------- *Audi defines net carbon neutrality as a status where, despite having exploited other possible reduction measures in relation to CO2 emissions caused by our products or activities, remaining and/or currently unavoidable CO2 emissions in connection with the supply chain, manufacturing or recycling of our vehicles are, at least in terms of quantity, offset by voluntary compensation projects worldwide. CO2 emissions generated during the operational phase of a vehicle (i.e. as of the time the vehicle is handed over to the customer) are not taken into account.
06/11/21
Driving without compromises. We contribute to bridging the gap between sustainability and luxury. By doing this, we create business plans that include 2nd life use cases such as using 26 1.5 liters recycled PET bottles in the Audi Q4 e-tron* upholstery**. Be part of sustainable progress at Greentech Festival, June 16 – 18, 2021. Discover more http://go.audi/gtf-ecosystem-fb #Audi #Q4e-tron #FutureIsAnAttitude #emobility#CelebrateChange #greentechfestival #greentechfest ------------------- *Audi Q4 e-tron: Power consumption (combined) in kWh/100 km: 17.8–15.8 (NEDC); 20.0–17.0 (WLTP); CO₂ emissions (combined) in g/km: 0. Power consumption and CO₂ emission figures given in ranges depend on the equipment selected for the vehicle. Further information: www.audi.com/dat **Optional equipment available at an additional charge.
Audi on Facebook 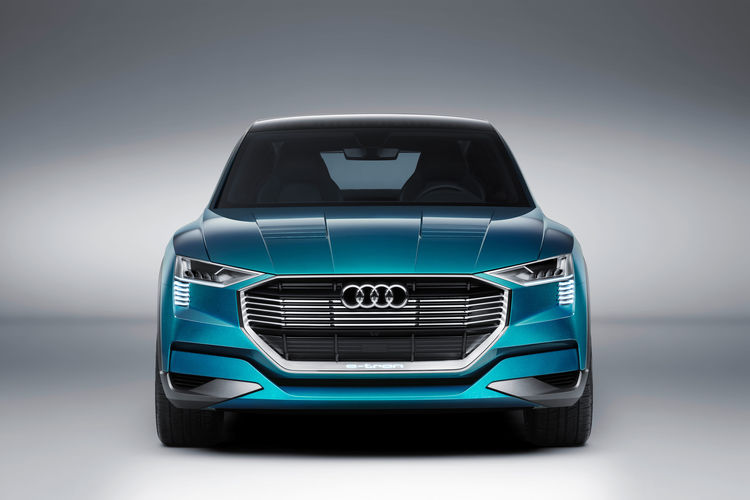 Quick and easy charging on the road is a key prerequisite for a breakthrough in electric mobility. That is also why Audi is actively involved in the Charging Interface Initiative e.V. (CharIN). This promotes technical standards in the field of Combined Charging Systems (CCS). The next step is charging with 150 kW of power.

“Together with our partners in the CharIn initiative, we are fully focusing on quick charging stations that are based on the CCS standard. This method is powerful, thoroughly developed and convenient,” said Ricky Hudi, Head of Development for Electrics/Electronics at AUDI AG, at the “Electronics in Vehicles” (ELIV) congress held in Baden-Baden.

The Combined Charging System (CCS) makes it possible to charge electric cars with alternating current (AC) or direct current (DC) via a standardized charging interface known as the Combo plug. The corresponding technology is already on board the Audi R8 e-tron – an electrically powered high-performance sports car – and in the Audi e-tron quattro concept car. In just 30 minutes, the battery of the Audi e-tron quattro concept can be charged with enough electricity for a range of more than 400 km (248.5 mi). When the battery is fully charged, it has a range of over 500 km (310.7 mi).

At the ELIV Congress in Baden-Baden, Audi is presenting the first results together with its CharIN partners: equipment and automobiles that are suitable for charging with up to 150 kW. The founding members of CharIN include Audi, BMW, Daimler, Opel, Porsche and Volkswagen, TÜV SÜD and two manufacturers of industrial plugs: Mennekes and PhoenixContact.

The official charging solution of the European Union, which is based on the international CCS standard, is already in force today and will be fully implemented by 2017.