Operating profit margin confirmed at 7% for Ducati in 2018

{{ activeItem() }}
Twitter
02/27/20
As "Vorsprung durch Technik" is also valid on the lawn, we congratulate our partner @FCBayern Munich on 120 years o… https://t.co/0CvP0LPexA
02/27/20
1980 was the year of the #Audi #quattro: The sporty coupé was a real sensation at the #GimsSwiss. It was the first… https://t.co/Ax1puqJzU1
02/27/20
Sporty, elegant #design and enhanced efficiency – the star of our #electric family: the #Audi #etron Sportback. Do… https://t.co/zLHwGW39OR
02/26/20
Fully #electric and breathtaking from all angles – the #Audi #etron. #ChargingBerlinale #AudiBerlinale https://t.co/bsKopukxcX
Audi on Twitter 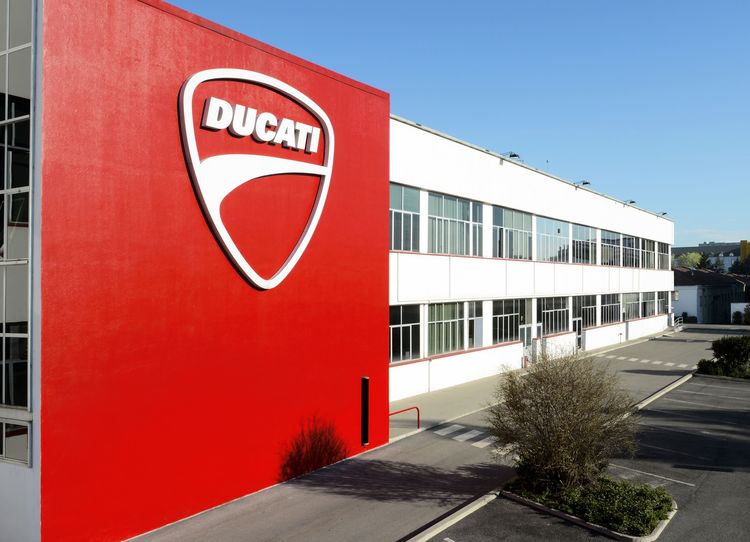 The end of 2018 shows Ducati to have consolidated the growth trend of the past few years for the Italian motorcycle manufacturer. 53,004 (2017: 55,871) motorcycles were delivered to clients all over the world; a result which remains over the 50,000 level for the fourth consecutive year, despite a 2.7% decrease in the global market for motorcycles over 500 cc. Conditions proved to be especially challenging in the United States as Ducati’s number one market, declining by nearly 9%.

The end of 2018 revenue reached a figure of € 699 million (2017: € 736 million) and the operating profit was € 49 million (2017: € 51 million), with an operating margin of 7%, which is the same percentage registered in 2017. The Bologna-based company managed to compensate the reduction in the volume of sales, resulting from a decline in the market, thanks to the success of models with higher margins, such as the Panigale, which made it possible to maintain the operating profit at the same level as the previous year.

The financial data relating to the 2018 fiscal year for the Audi Group, for which Ducati represents the motorcycle segment, were communicated during the annual press conference held at the AUDI AG headquarters in Ingolstadt.

“2018 was challenging from many points of view, but we are satisfied with our financial performance throughout a difficult year” –declaredClaudio Domenicali, CEO Ducati Motor Holding – “The company is generating the resources to continue funding the development of new products which is very positive for the future.”

Oliver Stein, CFO Ducati Motor Holding, added: “Financial stability is extremely important for the company in order to support the technological development programme which Ducati is currently involved in at full speed.”

Ducati Motor Holding currently has a total of 1,591 employees. The sales network of the Bologna-based motorcycle manufacturer includes 720 dealers in over 90 countries.