Skip to content
We are using cookies for a better user experience.
01/29/18
Ingolstadt (D)
Culture and Trends 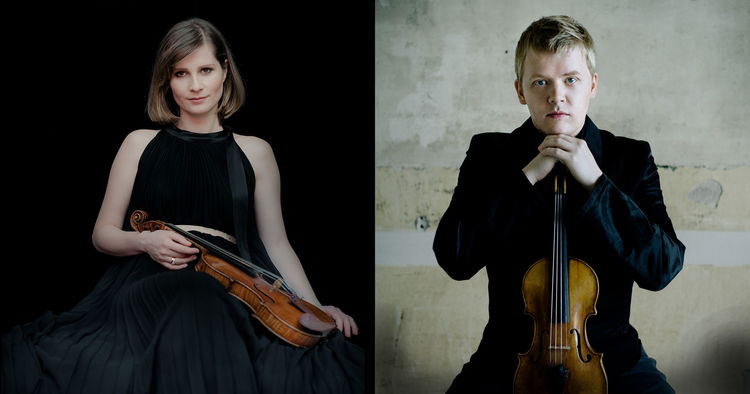 Two outstanding musicians soon will be lending their talents to the Audi Summer Concerts. With Lisa Batiashvili starting as artistic director in 2019, and with performances by violinist Pekka Kuusisto already this year, the Four Rings is significantly enhancing its concert program. The leitmotif of the current season – “places of longing” – is intended to make the festival more personal and accessible. The Audi Summer Concerts 2018 will take place July 13 – 28.

New concert venues, a diverse supporting program and distinctive leitmotifs will define the Audi Summer Concerts from now on. “We are giving our audience an active way to access classical music with our new festival program and surprising highlights. We are also bringing music to museums, for instance,” said Melanie Goldmann, Head of Culture and Trends Communications at Audi. In addition, fans of the summer concerts will be able to test the festival air from the very start, as this year’s festival will start off with the popular classical open-air concerts at Klenzepark.

“It is primarily the artists and their ideas that give a festival its profile and that make it something special,” Goldmann said. “So we are very proud to enter into two strong alliances with outstanding artists.” Next year Lisa Batiashvili, a violinist born in Tbilisi, will take over the artistic direction for an initial period of two years. Her tasks will include developing the concept and planning for the festival. She will also perform concerts herself. “For me, Germany is the land of superb engineering and musical creations,” enthused Lisa Batiashvili. She sees commonalities between Audi and classical music in terms of aesthetics and modernity. Both demand top-class performance and unbeatable quality.

The 2018 festival will open with Finnish violinist Kuusisto on July 13 together with the internationally acclaimed Mahler Chamber Orchestra, which will be performing for the first time in Ingolstadt. This first of two classical open-air concerts is entitled “Scandinavian Expanse,” in keeping with this year’s “places of longing” leitmotif. The program includes Beethoven’s Symphony No. 1 and Scandinavian works by Grieg and Sibelius as well as Finnish folk music. Pekka Kuusisto himself will host the evening and will also put his electric violin to use.

Kuusisto will also later perform chamber music during the Audi Summer Concerts 2018. In addition, numerous other international world stars will also thrill the audience. The program includes a performance by the Audi Young Persons’ Choral Academy (with Haydn’s “The Creation”) and a guest performance by the Salzburg Festival. Unconventional concert venues including the Lechner Museum and the Museum for Concrete Art represent an additional innovation being incorporated into the festival concept. The complete program for the Audi Summer Concerts 2018 will be announced by the company in early March, when ticket sales will also begin.
Download PDF (113 KB)
Facebook
Twitter
LinkedIn
WhatsApp
Back to top