{{ activeItem() }}
Twitter
07/06/22
Sounds of solidarity. Today, the #Audi Summer Concerts 2022 will dedicate a #concert to the people in and from Ukra… https://t.co/WHBn2ptFPq
07/06/22
Like or share: Ready for a summer road trip in the Audi R8? Like for top down and hair blowing. Share for top up an… https://t.co/ORDg3GHyqu
07/05/22
Designed to dazzle. This is the fully electric Audi e-tron Sportback with Matrix LED headlights.​ Discover more at… https://t.co/uiocRxPqiW
07/05/22
Guess the sound: Full on performance no matter the terrain. Can you guess which Audi makes this sound? https://t.co/FRPerMvQdO
Audi on Twitter
YouTube
06/27/22 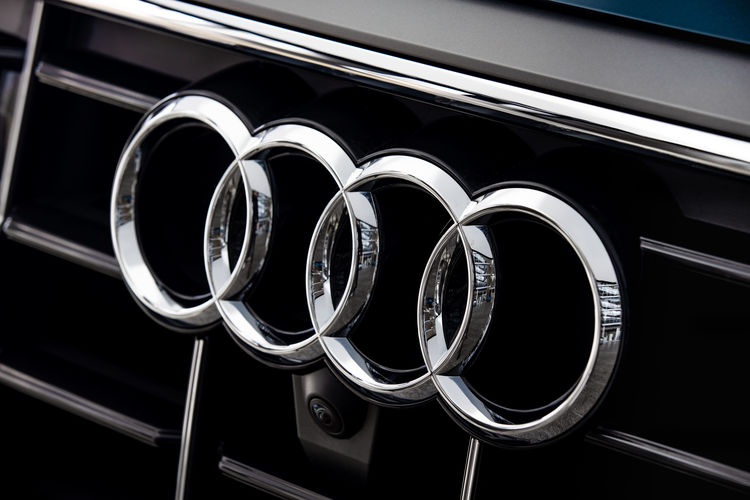 The historic test drive of 560 miles of piloted driving from Silicon Valley ends in Las Vegas on Monday, January 5, 2015. Dr. Ulrich Hackenberg, Member of the Board of Management responsible for Technical Development (holding German flag) celebrated the successful drive with the team that accomplished it, along with Ricky Hudi, Executive Vice President Electric/Electronic Development (holding US flag) together with ‘Jack’.
Download PDF (214 KB)
Facebook
Twitter
LinkedIn
WhatsApp

The long-distance test drive with the Audi A7 piloted driving concept concluded today following its 560-mile journey. A selected group of journalists were able to experience piloted driving from behind the wheel during the drive that began in Silicon Valley, California and ended in Las Vegas, Nevada in time to attend the International CES 2015 (Consumer Electronics Show). The concept vehicle impressed particularly through its ability to provide a comfortable drive in real world, everyday driving situations.

The Audi A7 3.0 TFSI quattro piloted driving concept proved itself very cabable of driving in traffic just as customers do on a daily basis. Journalists that were behind the wheel were impressed with the concept cars ability to drive comfortably and in the logical user interface for which Audi is known.  „The results of the test drive underscores our piloted driving competency“, said Prof. Dr. Ulrich Hackenberg, Audi Board Member for Technical Development. „I‘d like to thank the team of Audi engineers, VW Group R&D and the Electronics Research Laboratory for making it such a great success.“

The test drive resulted in actionable data to help further development of Audi piloted driving. Even so it offered the longest drive at full highway speeds with members of the public behind the wheel. The journalists were able to experience piloted driving in 100 mile stints in various traffic situations on public highways . In total, the the drive was 560 miles long, or approximately 900 kilometers. As required by State laws in California, an experienced Audi test driver accompanied the drive from the passenger seat.

The concept vehicle utilizes various production-ready sensors as well as sensors integrated into production vehicles today that accurately detect the vehicles surroundings.Adaptive cruise control (ACC) and Audi side assist (ASA) long-range radar sensors as well as mid-range radar sensors at the front and the rear of the vehicle that are directed to the left and right of the vehicle provide the vehicle with a 360 degree view of its environment. Laser scanners are integrated into the front Singleframe grille as well the rear bumper to provide additional detailed recognition of static or dynamic objects. The redundance of the sensor data constists of a continuous plausibility check during piloted driving to ensure the correct decisions are being made the vehicle and the driver. Four smaller cameras at the front and rear of the vehicle provide short-range information of the surrounding environment. The hi-resolution, wide-angle 3D video camera, which will first see production in the the new Audi Q7, obvserves the surrounding traffic surrounding the vehicle. The sensors utilizes is close to production and meets financial targets for inclusion into future products.

The concept relieves the driver of driving duties from 0 to 70 mph, or just over 110 km/h. The car can initiate lane changes and passing maneuvers as well as  accelerate and brake independently. Before initiating a lane change to the left or the right (on US highways), the vehicle adapts its speed to surrounding vehicles. If the speed and distance calculation is deemed safe, the vehicle initiates the lane change with precision and in a timely manner.

Before the piloted driving system reaches its limitations, in city environments for example, the driver is requested to take control of the vehicle to ensure proper safety. Multiple warning signales work in unison: colored LEDs at the base of the windshield, signals in the driver information display, a Central Status Indicator (CSI), as well as a acoustic warning indicator requires the driver to retake control.

Audi will present its “Next Chapter” at CES from January 6th through 9th, 2015 in Las Vegas. The technologies of today and the projects of tomorrow will be presented at one of the most relevant, trendsetting electronic trade shows in the world. A multitude of technologies and two world premieres including the interior model of the new Q7 and another concept car will demonstrate the technological competencies of Audi. Primary topics will include new user and display interfaces, modern infotainment and new Audi connect solutions, as well as LED and laser-matrix lighting technologies will be presented. These and additional highlights of piloted driving will be shown. At the center of all of these topics is the car and its communication with its surroundings.