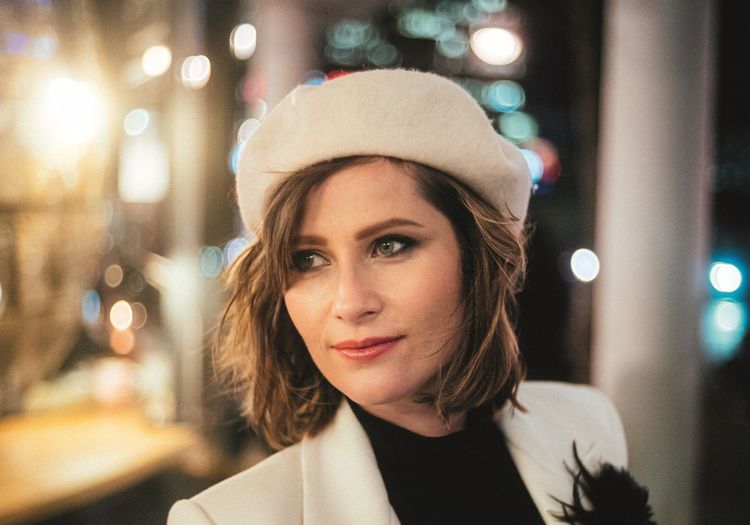 “Lights of Europe” is the motto under which Lisa Batiashvili has presented her program for this year’s Audi Summer Concerts. In 2020, the year of Beethoven, the festival is devoted to the theme of Europe as a place of community, on which it will shine a radiant light. From 27 June until 12 July, renowned artists from all over the world will come together in Ingolstadt, at the same time as the European football championships, to celebrate a festival of diversity with great zest for play and experimentation.

In its 30th anniversary year, the festival explores the relationships between classical music and other art forms, bringing Europe as a cultural community to the concert halls. “We need art more than ever, because it introduces new perspectives and new colors to our lives,” said the artistic director at the announcement of her program. “Europa has many colors and, despite all skepticism about the challenges and centrifugal forces that confront it at present, its light shines strongly. It is important to me for us to see that we are enthusiastic about Europe and open our hearts – and thus the motto ‘Lights of Europe’.” With these words Lisa Batiashvili summarizes her motivation for this year’s leitmotif.

The series of concerts is marked by three events that are woven together to make a program that will delight audiences: in 2020 the world celebrates the 250th birthday of Beethoven, whose music has become the anthem for the coexistence of people in Europe. Moreover, the festival takes place at the same time as the games of the 2020 European Football Championship, which will come to the concert stage both at the Audi Classics Open Air on 4 July and on the day of the football final. The Chamber Orchestra of Europe conducted by Alan Gilbert and Lisa Batiashvili will conclude the festival on 12 July with a Beethoven program, followed by a screening of the European Football Championship final for all audience members in the Ingolstadt festival hall. The Audi Summer Concerts will also be opened by an orchestra that was founded by Iván Fischer in 1983 in the spirit of a united Europe, and numbers among the ten best in the world: the Budapest Festival Orchestra. With them, Lisa Batiashvili will play Jean Sibelius’s highly virtuoso violin concerto (27 June).

The Audi Summer Concerts are celebrating their anniversary (1990-2020) at many different venues in Ingolstadt, providing new impulses in the city through cooperations and various concert formats. The State Garden Show will host a festival concert on 28 June, when Till Brönner & Band perform pieces from their new album “On Vacation” during the opening weekend. For the first time a brunch concert will be held in the Holler Speisen Café & Bistro with members of the Budapest Festival Orchestra (28 June). The Spitalkirche church in Ingolstadt will be musically bathed in eternal light on 10 July at the first late night concert by the vocal ensemble LauschWerk, which consists of present and former members of the Audi Jugendchorakademie (Youth Choir Academy). On 30 June the Danish String Quartet will perform the first string quartet evening in the Market & Customer foyer of the Audi Forum Ingolstadt. Marc-André Hamelin, the internationally celebrated “hypervirtuoso” pianist, will contrast Beethoven and Schubert in the Mirror Hall of the Kolpinghaus. Hamelin will be among Lisa Batiashvili’s musical friends in Schubert’s Trout Quintet, which will be given a literary context by the great Schubert admirer Katja Riemann. François Leleux, world-famous as both an oboist and conductor, will unite the Camerata Salzburg and the star cellist Maximilian Hornung on stage on 7 July.

Vivaldi’s Four Seasons are the musical basis for an evening with the world-renowned Georgian hand-shadow theater Budrugana-Gagra, Avi Avital and the Ingolstadt Georgian Chamber Orchestra. The artists will conjure Vivaldi’s famous work, in a version for mandolin, onto the screen in the form of a fascinating play of shadows (1 July). Both the Four Seasons and Schubert’s Trout Quintet give a thematic impulse for a series of events entitled “Luminous – Ingolstadt leuchtet” (“Ingolstadt Glowing”) by INKULT GmbH, which will transform Theaterplatz into a glittering work of art after the two concerts by means of projection mapping (1 and 2 July).

From a film concert with Charlie Chaplin’s masterpiece City Lights at the Audi Classics Open Air CINEMA in Klenzepark (3 July) to the well-established living room concerts (11 July), the festival will celebrate its anniversary by filling the city with light and life, with sounds and classics. “Listen with your eyes, see with your ears!” Once again in 2020, Lisa Batiashvili invites audiences to transcend the boundaries of classical music.

The Audi Summer Concerts 2020 will take place from 27 June to 12 July 2020. Admission to all concerts is free for children up to the age of ten when accompanied by their parents. Age recommendations for the concerts can found on the following website: www.sommerkonzerte.de

Ticket sales begin on 20 April 2020 at 10 am through www.sommerkonzerte.de