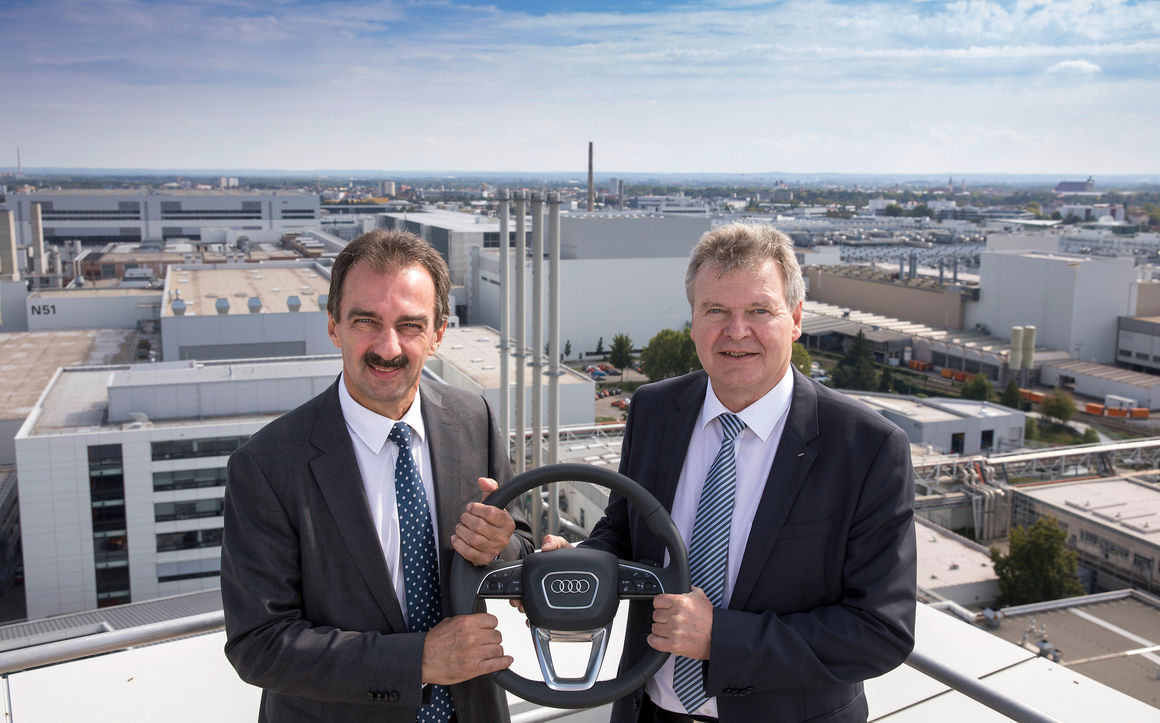 From Győr to Ingolstadt: Achim Heinfling, currently Chairman of the Board of Management of AUDI HUNGARIA Zrt., will become the new Plant Manager at the headquarters of AUDI AG in Ingolstadt. Heinfling succeeds current Plant Manager Albert Mayer on October 1, 2019.

56-year-old Achim Heinfling is a trained mechanical engineer and started his career with the brand with the four rings in 1990. Since then he has held a number of management positions in various areas, including Chassis Production, Planning and Engine Production. In the 1990s, the graduate engineer supported development of the new Audi location in Győr, Hungary, where he served as Managing Director for Engine Production. He became Chairman of the Board of Management of AUDI HUNGARIA Zrt. in October 2017. Achim Heinfling is very familiar with the Ingolstadt location: He was Head of Engine and Chassis Planning for three years, with the Group’s international locations were among his responsibilities.

Albert Mayer (65) will retire on October 1, 2019. The graduate mechanical engineer began his professional career at Audi in Ingolstadt in 1979 and then worked successfully for 40 years in the Audi and Volkswagen Group.