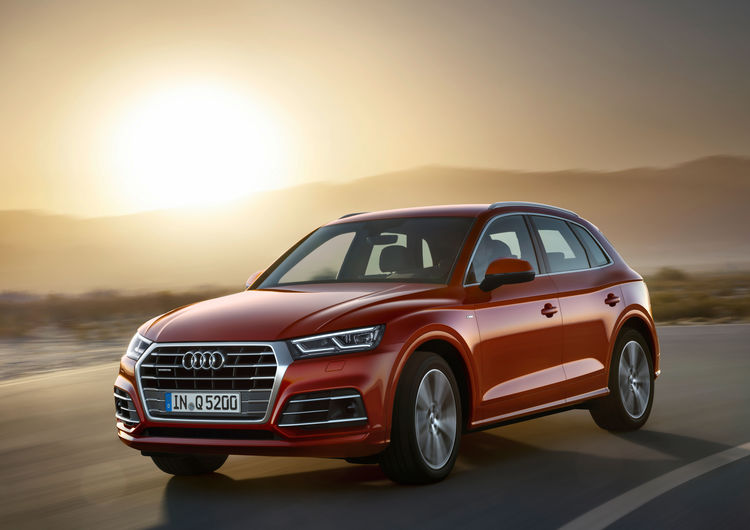 The Audi Q5 has won the 2017 “Golden Steering Wheel” in the “Large SUV” category. Prior to the selection, readers of the German automotive trade magazine Auto Bild, its 20 European sister publications and the German newspaper Bild am Sonntag had determined nominations from the new cars presented in 2017. An international panel of experts crowned the winner from these nominations. Peter Mertens, AUDI AG Board Member for Technical Development, accepted the prize for the Audi Q5 on Tuesday evening in Berlin.

A total of 42 models competed in five categories in this year’s “Golden Steering Wheel” contest. After a Europe-wide reader survey, 20 cars made the final round and were judged by the experts: race drivers, engineers, designers, connectivity specialists, frequent drivers, critics and, not least, the editors-in-chief of all European sister publications of Auto Bild. They tested the finalists and determined which would win the coveted trophy. The Audi Q5 won through against seven other competitors in the “Large SUV” category. “The expertise and broad cross-section of opinions represented by the jury panel, as well as its renown throughout Europe, are what make the prize so coveted within our industry. The 2017 “Golden Steering Wheel” for the new Audi Q5 shows we have produced a worthy successor to the successful first generation of this SUV model line. We are proud of this prize,” said Peter Mertens at the award ceremony at the Axel-Springer-Haus in Berlin.

The new Audi Q5 was launched at the start of the year. The second generation of the best-selling Audi has established several new standards in the B segment of premium SUVs. The best drag coefficient in the competition, consistent lightweight design and modern engines ensure high efficiency, as does the new quattro drive system with ultra technology. In addition, the new Audi Q5 offers a broad portfolio of new driver assist systems, modern infotainment and connectivity equipment, and air suspension with damper control.