Future is an attitude: Audi México celebrates five years of production in San José Chiapa and goes for more 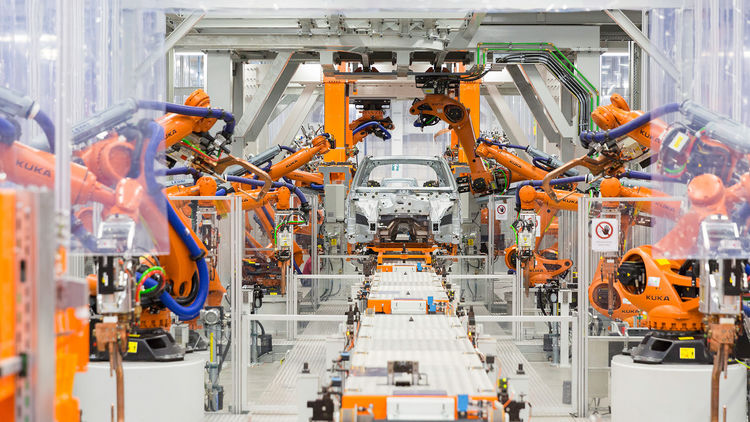 Audi México commemorates five years of production in San José Chiapa with a history full of successes. Audi's arrival in Mexico represented a milestone in the country's automotive industry as the first premium car plant in Mexico. Thanks to an annual production capacity of more than 150,000 vehicles, which has been exceeded three times, Audi México has successfully produced more than 700,000 thousand vehicles since the start of production in 2016, thanks to the talent and dedication of all 5,200 employees working in the most modern plant of the Group in the Americas, achieving the production of the Audi Q5 for the whole world, except China.

Audi México began its history in 2011 with the search for a site to build the plant. A year later, the decision was made to build the plant in the municipality of San José Chiapa, Puebla. Subsequently, on 4 May 2013, the first stone was laid for the start of construction, which lasted 1,245 days, just over three and a half years. From 2013 to 2016, supplier development and employee training were carried out.

On 30 September 2016, the inauguration of the Audi México plant, the country's first premium car production plant, took place in San José Chiapa, Puebla, a location that the Audi Group chose strategically due to the advantage of its geographical position, which connects to Mexico's most important ports for easy export to major markets. Also, its proximity to the United States, the main customer of Audi Q5 for the plant, in addition to the proposal of the Government of the State of Puebla, which was decisive for the decision, as it was attractive to the Audi Group in order to increase its production network.

This has enabled the creation of more than 5,000 jobs, considerably more than planned, as well as a value chain that reaches 20,000 indirect jobs, contributing directly to the economy of the State of Puebla, an extremely important site within the production network of the Volkswagen Group, as it has the experience of more than 50 years of Volkswagen de México.

Today, the synergy between the Volkswagen de México factory and the Audi México plant allows for a great deal of joint work to achieve more efficient logistics in various aspects such as the shipment of finished automobiles to the entire world. For example, production at both plants is now shipped simultaneously to the port of Lázaro Cárdenas, Michoacán.

After five years of production in San José Chiapa, Audi México has produced more than 700,000 Audi Q5s of the highest quality.At the Audi plant in Puebla, the Audi Q5 is produced in all its derivatives and for the entire world, except for China. Audi Mexico is currently contributing to the group's electrification strategy with the production of the Audi Q5 TFSI e, the first premium plug-in hybrid produced in Mexico.

Tarek Mashhour, Executive President of Audi México: "We are very proud of what has happened in these five years. The passion that started back then is leading us today to perfection in every process and project at Audi México. With this plant we have succeeded in being the pioneers in the production of premium cars in Mexico. Now it is time to consolidate our efforts to continue our path into the future.

Audi México is a factory committed to ecological, social, and economic sustainability, which is why it has various initiatives that promote regional development and that of its inhabitants. Audi México has been named a Socially Responsible Company four years in a row for its initiatives in favor of environmental care and the development of young people living in the region.

Moreover, Audi México once again demonstrated its responsibility during the crisis caused by the arrival of the COVID-19 pandemic by supporting the health sector and the community in the fight against the Coronavirus with donations of medical equipment to health institutions in the region or with comfortable and safe transportation for the health sector in the city of Puebla.

The Audi plant in San José Chiapa has been recognized twice in succession as an attractive employer by the Top Employer Institute. The decisive factor was the great working climate, which is achieved through correct human resources processes and practices, as well as compensation and benefits that allow for job and economic stability for the employees. In addition, according to the Universum Ranking, Audi México is the number one preferred automotive company for university students in engineering or information technology.

On the other hand, the Audi Group's factory in Mexico has strengthened its position as an environmentally friendly factory by being a plant free of wastewater discharges and producing with renewable energy from a photovoltaic park located in the north of the country. In addition, Audi México efficiently manages its waste as part of Audi's Mission:Zero environmental programme.

Audi México is celebrating its first five years of production in Mexico, looking to the future, with a firm step towards sustainability and in search of maximum efficiency to catch up with the best plants of the entire group worldwide.