From the pitch to the track: Footballers of FC Barcelona drive Audi 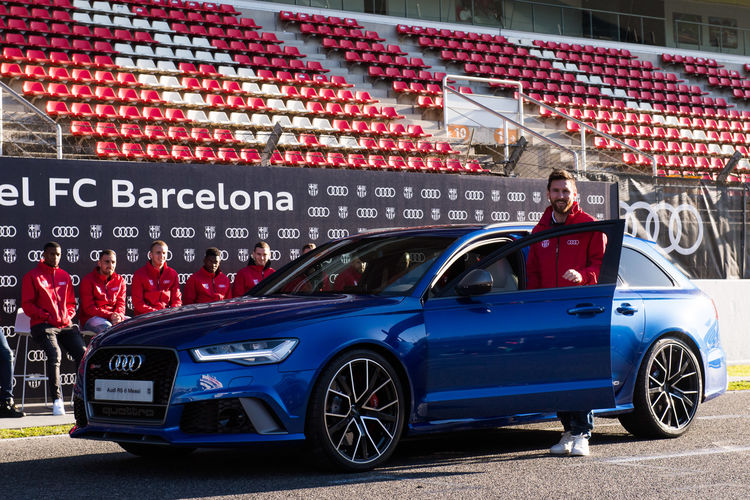 At a speed-packed event on the Circuit de Barcelona-Catalunya race track, the footballers of FC Barcelona received their new company cars this Thursday: obviously, all of them Audi models. On top of that, six players experienced a few fast laps as co-drivers in Audi race cars as part of the Audi Sport track attack.

Audi factory driver and winner of the 24 Hours of Nürburgring Nico Müller chauffeured the footballers from the international top-flight club in the Audi R8 LMS sports car across the circuit north of Barcelona. Other players experienced a ride alongside local hero Jordi Gené in the Audi RS 3 LMS. The fast laps in the race cars were the highlight of the car handover to the Spanish football club. Guided by instructors, the stars had previously obtained a first-hand impression of the performance and technology of the sportiest models of the brand with the four rings.

The handover of the new company cars was also attended by Guillermo Fadda, Head of Audi Spain, and the Vice President of FC Barcelona, Jordi Cardoner. The cooperation between Audi and the five-time Champions League winner has existed since as far back as 2006.