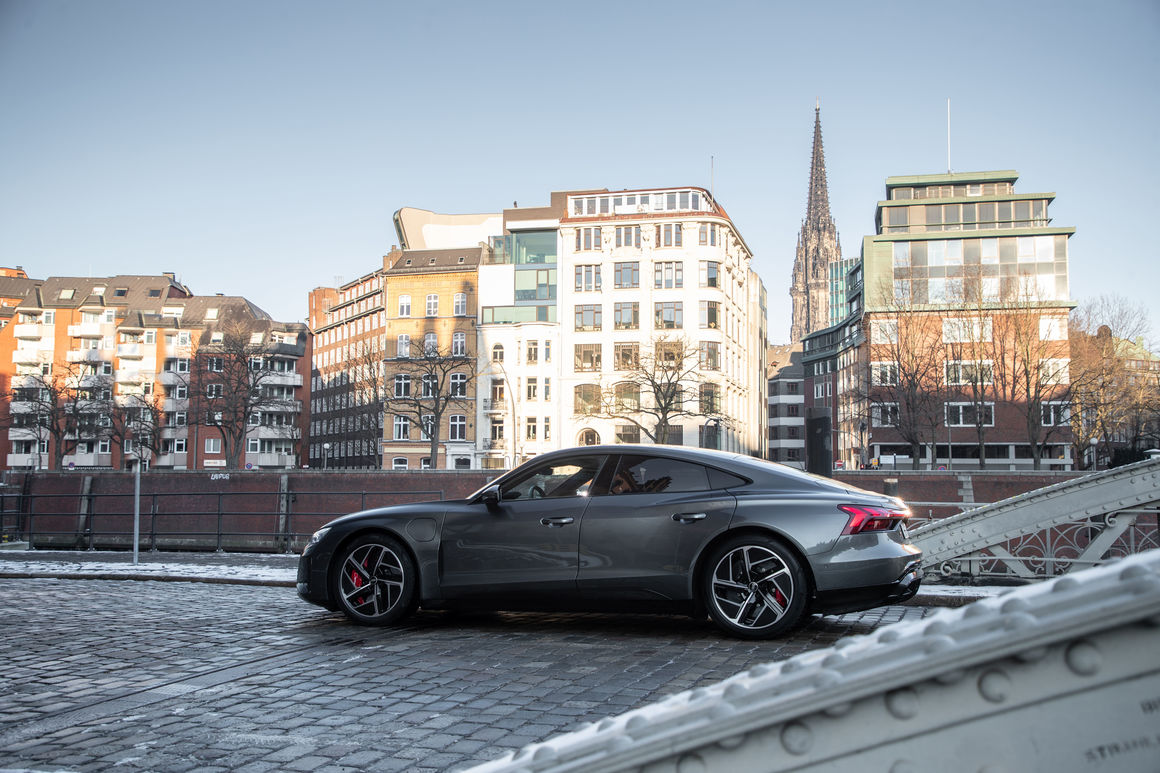 ...that there are up to 45 1.5-liter PET bottles in the seats of an Audi A3? Another 62 PET bottles are recycled for the carpet.

…that the plastic filament used to make the thread for the seat covers in the A3 speeds through the spinnerets at 280 km/h?

…that you can make pyrolysis oil out of plastic waste from automotive manufacturing? This can then be turned back into plastic. Audi discovered this in a pilot project with the Karlsruhe Institute of Technology (KIT) and has already achieved initial success with it – the process is technically feasible, now the partners are working on scaling it up.

…that old fishing nets are used in the production of the Audi e-tron GT? The carpet and floor mats are made of Econyl, a material that consists of 100 percent recycled nylon fibers. They come from production waste, fabric and carpet scraps, or plastic waste from the oceans. In addition, one of the Audi e-tron GT’s 20-inch wheels is made of aluminum manufactured in a low-carbon production process.

...that two used e-tron battery modules provide power to merchants in Uttar Pradesh, India, so they have electricity and can work at night? The Audi Environmental Foundation is providing funding to the German-Indian startup Nunam, which manufactures the energy storage systems.

...that the storage unit made from used lithium-ion batteries from Audi development vehicles on the Euref campus in Berlin, with its capacity of 1.9 MWh, could supply the entire 5.5-hectare campus with electricity for just under two hours on its own?

...that the Audi charging hub’s three storage cubes, with a combined capacity of 2.45 MWh, each require only a standard 400-volt high-voltage connection to power a total of six charging points with a charging output of up to 300 kW?

…that at Audi’s Győr site, 36,400 solar cells produce 9.5 gigawatt hours of power annually on an area the size of about 22 soccer fields?

…that around 507,000 tons of primary aluminum were produced in Germany in 2019? This required around 7.6 terawatt hours of power – slightly less than one nuclear power plant generates in a year. That’s why it’s worth collecting aluminum sheet scraps and remelting them. To this end, Audi introduced the “Aluminum Closed Loop” at its Neckarsulm site in 2017, and has now also implemented it in Ingolstadt (2020) and Győr (2021). This resulted in the net avoidance of a total of 165,000 metric tons of carbon emissions in 2020 alone1.

1 Audi regards net carbon neutrality as a state in which, following the exhaustion of other possible measures aimed at reducing the still remaining CO₂ emissions caused by the products or activities of Audi and/or currently unavoidable CO₂ emissions within the scope of the supply chain, manufacturing and recycling of Audi vehicles, at least quantitative compensation is provided through voluntary and globally conducted compensation projects. Throughout the utilization phase of a vehicle, meaning from when a vehicle is delivered to a customer, CO₂ emissions produced are not taken into account.