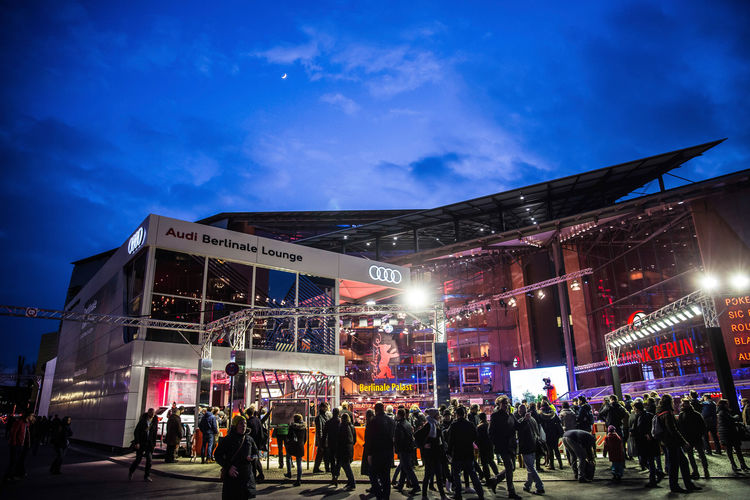 The 67th Berlin International Film Festival will showcase the wide diversity of cinema from February 9 to 19. New technologies like virtual reality are important innovation drivers here. As the principal partner to the Berlinale, Audi supports dialogue between the arts and industry with the Berlinale Open House event series and the European Film Market’s EFM Horizon innovation platform. In addition, fans of the cinema can enjoy discussions about current films, exceptional concerts and the best view of the curb where the stars arrive.

The Berlinale is an interface between art and technology. With increasing digitalization, the two worlds are merging together. “Culture is an important innovation driver in our society since it shows new ways of thinking and new ideas – beyond linear processes,” explains Jason Lusty, Head of Marketing Germany at AUDI AG. “In an increasingly digital world, a strong creative industry takes on special importance. It examines things critically, uses artistic intuition to create new contexts and supports the acceptance of technical innovations in society.” For this reason, the possibilities and acceptance of new technologies will be one of the topics discussed during the Berlinale as part of the Berlinale Open House program in the Audi Berlinale Lounge. Panels made up of respected experts discussed, among other things, their assessments of the future of artificial intelligence.

The European Film Market (EFM), held during the film screenings in the official program, has developed into one of the most important markets for the international film industry. As a partner to the new EFM Horizon innovation platform, Audi supports the issue of digitalization in the film industry. New technologies like virtual and augmented reality, connectivity through the Cloud and changed consumer behavior due to an ever-stronger on-demand culture are changing the film industry and automotive industry alike. The sharing of experiences drives innovation and highlights new options for collaboration.

The brand with the four rings has facilitated a lucrative prize for experimental film since 2015 with the Audi Short Film Award. This year 23 films from 19 countries are competing for gold and silver bears in the Berlinale Shorts as well as for the Audi Short Film Award, which carries EUR 20,000 in prizes. “Short film is a platform for experimentation. Within a very short time span, it provokes emotions, enables changes in perspective, breaks conventions, tests new formats and explores boundaries,” Lusty said. The jury for international short film – Christian Jankowski, Carlos Núñez and Kimberly Drew – presented the Audi Short Film Award for works produced in an outstanding artistic style and, with it, underscored the importance of the form for social discourse.

The Audi Berlinale Lounge can be accessed each day by anyone who is interested. From the balcony, the stars can be watched as they drive up to the red carpet. The discussion rounds with prominent guests and experts provide a look behind the scenes at the Berlinale. There is live music and DJ performances every night at the Berlinale Lounge Nights, starting at 8 p.m. Acts expected to perform include Robert Stadlober, Edita Malovčić alias Madita, “Die Höchste Eisenbahn” and the “Major Minors,” among others. All schedules and details can be found at www.berlinale.de/en/berlinaleopenhouse.

As in previous years, Audi City Berlin is the official place to purchase Berlinale tickets, and will be open daily starting February 6 from 10 a.m. to 8 p.m.: https://www.audi-city.com/berlin/berlinale/tickets-fuer-die-berlinale-2017/.

You can find current photos at http://www.image.net/audiberlinale2017. More information at https://www.audi-mediacenter.com/en/berlinale-297.