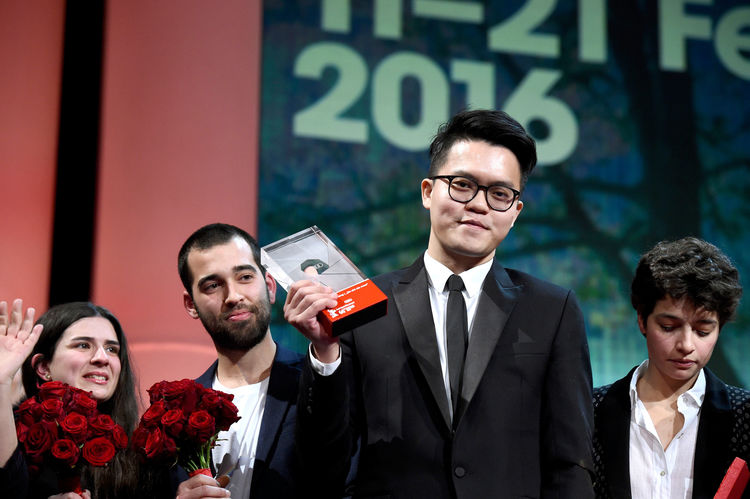 At the 66th Berlin International Film Festival, Singaporean director Chiang Wei Liang won the Audi Short Film Award with his film “Jin zhi xia mao” (“Anchorage Prohibited”). The award carries a € 20,000 prize. The jury honored the politically-engaged artistic signature of the director with the award in the Berlinale Shorts category. The Audi Berlinale Lounge was again favored by cinema-goers, this year setting a new record of more than 7,200 visitors. Long queues in front of the entrance testified to the audience’s great interest in the events of the Berlinale Open House supporting program and the exclusive view of the red carpet.

25 films from 21 countries competed for the prize in the Berlinale Shorts section at the 66th Berlinale. The Audi Short Film Award worth € 20,000 was again presented this year along with the Golden and Silver Bears. The international short film jury, consisting of the curator and director of the Sharjah Biennial Sheikha Hoor Al-Qasimi from the United Arab Emirates, the Greek curator and author Katerina Gregos and the Israeli filmmaker Avi Mograbi, placed particular emphasis on artistic design and ideas of innovation. Singaporean director Chiang Wei Liang was able to impress the jury with his film “Jin zhi xia mao”.

With the Audi Short Film Award, Audi supports the experimental movie experience without formal restrictions. Whether in black-and-white or color, whether feature film, documentary, experimental or animated movie: the Berlinale Shorts boast great variety. All contributions merely share the same length of no more than 30 minutes. “Every single short film is a small work of art, truly one-of-a-kind,” says Jason Lusty, Head of Marketing Germany at AUDI AG. “Participants are often on a very tight budget. With our prize, we want to encourage the production of more great films because, for us, short films are not niche but the future,” says Lusty.

“I'm happy about the cooperation with Audi, and the Audi Berlinale Lounge fills a major gap. This can be clearly seen in how fast and well it was received. This is very unusual in Berlin. This kind of thing usually takes around ten years. And the Berlinale Open House program was even more intense this year. Berlinale visitors love gathering in the Audi Berlinale Lounge, having a discussion and talking to each other. This is communication and it also holds true of the Berlinale,” says Dieter Kosslick, Director of the Berlin International Film Festival.

About Chiang Wei Liang:
Born in Singapore, the communication expert has been living in Taiwan for six years. He first became involved in film at university. He is currently studying filmmaking and is one of the participants in the 6th Golden Horse Film Academy sponsored by director Hon Hsiao-Hsien. His work focuses on raising awareness of social realities that urgently require far more attention.

Up-to-date photos and video material from the action at the Berlinale can be found at www.picdrop.de/sabinebrauerphotos/AUDI+bei+der+66.+Berlinale and
www.audi-berlinale2016.maz-movie.com. Further information can be found at www.audi-mediacenter.com/de/berlinale-297 or at http://www.audi-city.com/berlin/berlinale/.

Fuel consumption of the Audi A8 L W12: