Awards for Audi from March to June 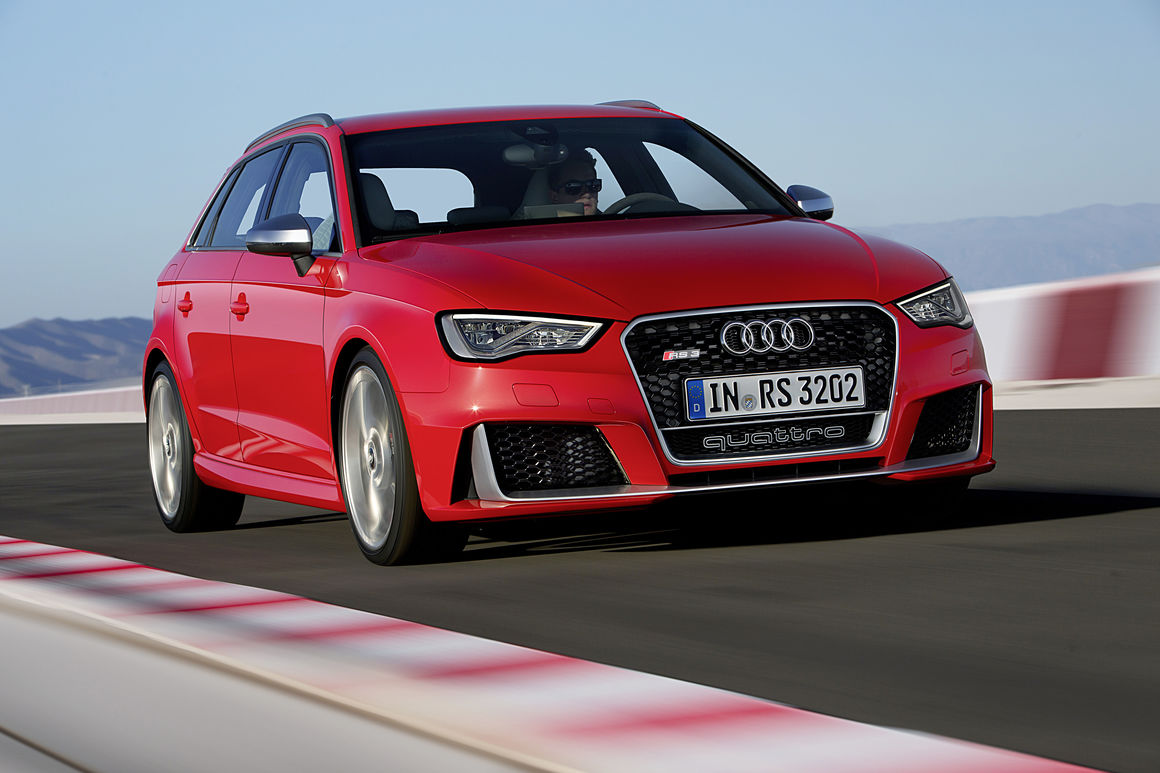 Business economists honor Rupert Stadler
The German Academic Association for Business Research (VHB) has recognized Prof. Rupert Stadler as the “Research-oriented Entrepreneur of the Year.” As Chairman of the Board of Management of AUDI AG, Stadler stands “for sustainability in the company’s management and a high sense of values, both from a moral standpoint and with respect to the quality of products,” said Prof. Dr. Burkhard Schwenker, Chairman of the Roland Berger Stiftung and a member of the Board of VHB, in his speech honoring Stadler. Stadler teaches strategic management as an honorary professor at the Universities of St. Gallen and Munich. (May 28, 2015)

Audi head of IT wins European award
The European Business Network CIONET has selected Mattias Ulbrich, Head of IT and Organization at AUDI AG, as its “European Chief Information Officer of the Year.” CIONET brings together more than 5,100 IT managers from 18 countries and fosters dialogue between IT representatives from various disciplines. The jury evaluated above all the contribution made by IT to increasing the competitiveness of companies. (June 4, 2015)

Audi 2.5 TFSI voted “International Engine of the Year” for sixth time
For the sixth consecutive time, the 2.5‑liter TFSI engine from Audi has been named the “International Engine of the Year” in the 2- to 2.5‑liter category. An international panel of experts comprising 65 automotive journalists voted the 2.5 TFSI the winner in its class. The jury gave these reasons for its decision: “Reliable Audi quality and excellent tuning make this engine a genuine pleasure to drive. No synthetically designed sound could replace the passionate sound of this magnificent in-line five‑cylinder engine.” In the new Audi RS 3 Sportback*, the direct-injection and turbocharged 2.5 TFSI engine produces 270 kW (367 hp) and makes the RS 3 Sportback the most powerful car in the premium compact class. (June 17, 2015)

2015 L.E.A.D.E.R. Award goes to Audi
Audi receives the 2015 L.E.A.D.E.R. Award in the Original Equipment Manufacturer (OEM) category. With their prize, Automotive News Europe, the leading magazine for the automotive industry in Europe, and the Automotive Intelligence Center in Bilbao, Spain, honor European companies and institutions that have distinguished themselves in the areas of development, excellence and research in the automotive industry. Audi sets new standards, the jury said, in the development fields of lightweight construction and piloted driving. (June 10, 2015)

Audi receives Red Dot Awards for groundbreaking product design
Audi has received a “Red Dot: Best of the Best” honor in the Red Dot Award Product Design category for the design of its Matrix LED headlights in the Audi TT. The award stands for the “highest design quality and groundbreaking design” in the competition. The Audi TT family received a “Red Dot” for high design quality. Audi Design also secured a “Red Dot: Best of the Best” for the design of the Leica T camera and a “Red Dot” for the Leica M60. The international jury assessed a total of 4,928 submissions for the coveted design prize. (March 30, 2015)

Audi scores points with dealerships in Germany and the United Kingdom
Audi dealers are especially satisfied with the cooperation with their manufacturer. In Germany, Audiis at the head of the pack among premium carmakers in the current SchwackeMarkenMonitor survey. For its 18th satisfaction survey the residual value tracker conducted around 1,000 interviews this year with dealers. Audi also won a coveted prize for the satisfaction of its dealers in the United Kingdom. The company secured the “Manufacturer of the Year” title in the Car Dealer Power Awards 2015. (May 22 and April 24, 2015)

Environmental prize for the plug-in hybrid in the Audi A3 Sportback e‑tron*
The Kraftfahrer-Schutz e.V. automobile club has honored the plug‑in hybrid drive system in the Audi A3 Sportback e-tron and the Golf GTE with its Energy and Environment Prize. The system impressed the jury with its combination of extremely low consumption levels, high range and convincing driving performance. With around 520,000 members, Kraftfahrer-Schutz e.V. is one of the biggest automobile clubs in Germany. (June 26, 2015)

“Careers at Audi” website has “Best Social Media Impact”
Audi communicates successfully with its applicants in social media: The company landed in first place in the “Best Social Media Impact” category in the Employer Branding Awards 2015 from the trendence market research institute. The jury of experts determined that the articles were always “used for cross-media purposes and aimed at the appropriate target groups depending on the channel selected, and therefore offer true added value to the fan community.” (May 7, 2015)

Audi takes gold for sustainable building
The customer building of Audi Neuburg has received the gold certificate from the German Sustainable Building Council (DGNB). It is the first gold-certified building in the Audi Group and it consistently fulfills the DGNB standards with a grade of “excellent.” The gold certificate is a recognition for outstanding planning and implementation quality. The focus of the assessment is on ecological, economical and functional quality. (April 22, 2015)

Audi honored for multimedia software
Audi has received the golden award from the “Point of Purchase Advertising International” (POPAI) organization for new multimedia software developed by Audi IT engineers. The “Audi Multi Media System (AMMS) Octopus” concept allows visitors to the customer building at Audi Neuburg to, for example, view films with the Audi models as stars in modern 3D technology. The globally operating nonprofit organization POPAI represents a platform for innovations in the area of marketing. (June 15, 2015)

Audi takes gold twice in the Best of Corporate Publishing Awards
The “Audimobil” employee magazine has won gold in the Best of Corporate Publishing Awards. Audi has thus placed itself at the top of the competition among employee magazines in German-speaking companies with more than 50,000 employees. Moreover, Audi Magazine secured gold in the “Digital Media Video – Viral Film” category with its film “Speed Wheels.” A 160‑member jury of experts assessed a total of 729 publications in the well-respected BCP Awards. (June 18, 2015)

Film about the Audi A6 ultra cleans up at the WorldMediaFestival
One Grand Award, three gold, one silver and one Special Prize: That was the final tally for Audi at the WorldMediaFestival 2015. The company was especially successful with the film “Too efficient for a filling station attendant – the new Audi A6 ultra,” which was honored with the Grand Award and with Gold. The video was the official Audi exhibition film at the 2014 Paris Motor Show. Audi received Silver for the film “Q7 ‑ The Magic Box.” The video could be seen at the 2015 North American International Auto Show in Detroit. Audi won additional prizes for the film “Future Megatrends Outro” and for the Audi online assessment. (May 6, 2015)